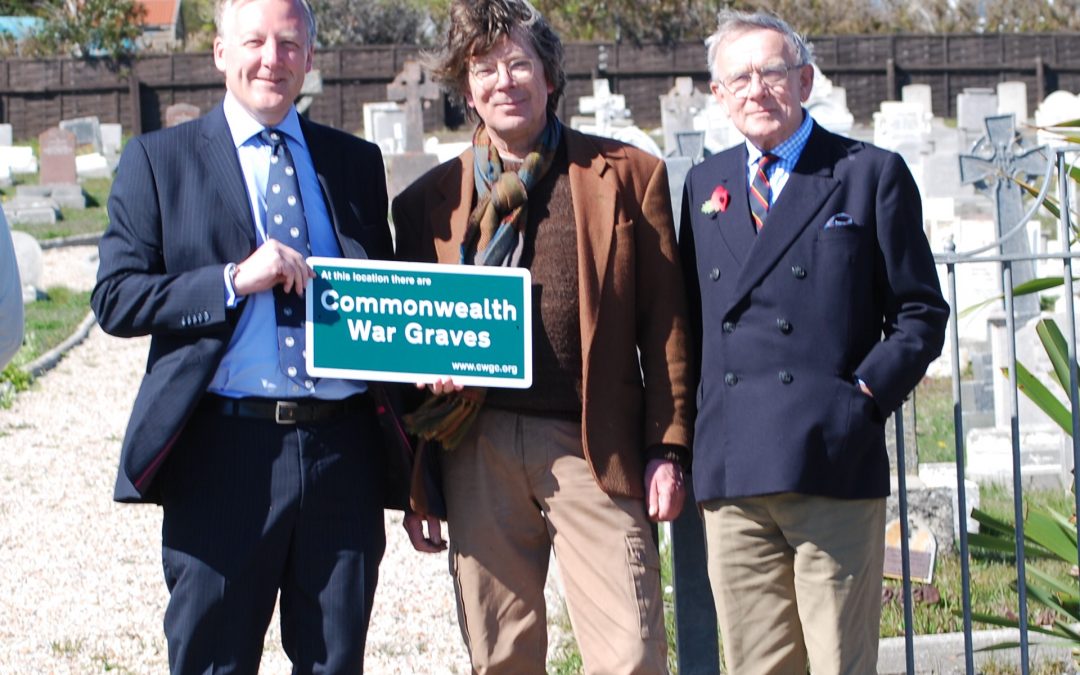 A new sign has been placed at Stanley Cemetery on the Falkland Islands telling people there are official war graves within the cemetery.

Kevan Jones was a recent visitor to the Falklands and — in his capacity as a Commonwealth War Graves Commissioner — he delivered the new sign, which was placed on the cemetery’s fence. Rob Yssel, who is responsible for the military graves, and local historian John Smith, were at the cemetery to meet Mr Jones for the occasion.

The sign at Stanley is one of a number being put up by the CWGC as part of a project to highlight lesser-known sites containing war graves.

The President of the Commonwealth War Graves Commission, the Duke of Kent, was also a recent visitor to the Falkland Islands as part of the celebration of the Queen’s Diamond Jubilee. During his visit the Duke inspected the war graves at Stanley.

(Story courtesy of the Commonwealth War Graves Commission, find out more at www.cwgc.org)