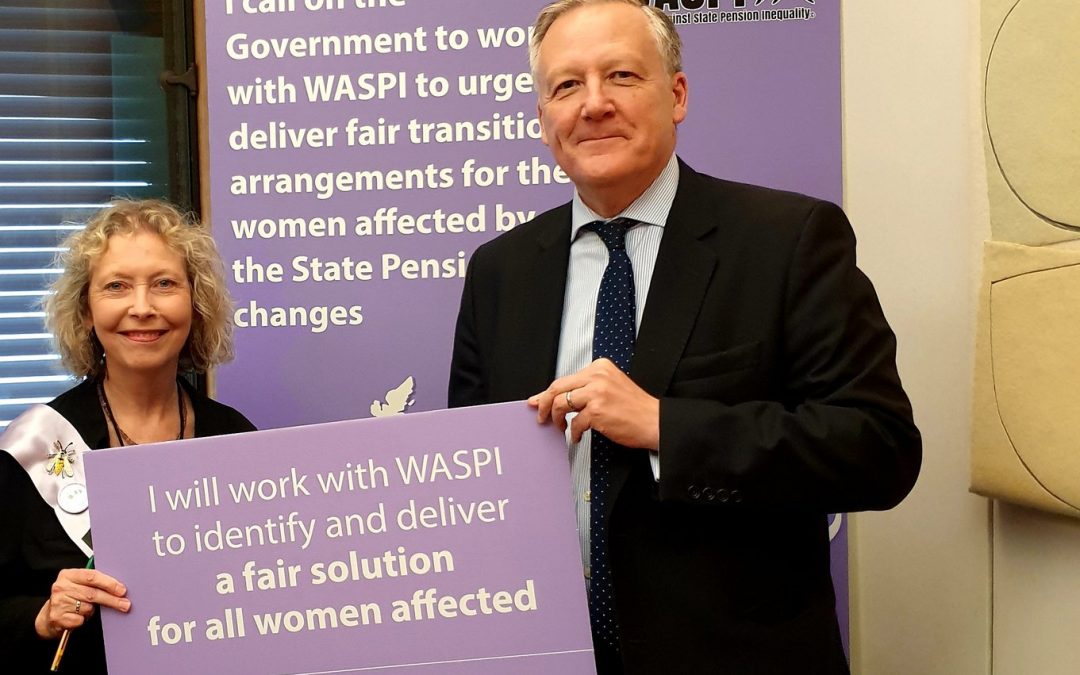 Yesterday, Kevan showed his support for the WASPI campaign at a Parliamentary Reception. WASPI represents women born in the early 1950s who expected to draw their state pension aged 60 but are now concerned they will have to wait until they are 65 or 66.

Kevan stated after the event:

“I know that the decision to accelerate the rise in the women’s state pension age has had a devastating impact on many women who were born in the 1950s, some of whom are now facing hardship and destitution as a result. I would like to pay tribute to the commitment and tenacity of campaigners who continue to highlight this issue.

I think it is unacceptable that the Government is failing to take action. Indeed, the recent Queen’s Speech announced no new measures on this issue.

I have already committed to some preliminary measures to support the women affected. Indeed, at the 2017 General Election I stood on a manifesto which pledged to extend Pension Credit to hundreds of thousands of the most vulnerable women. This would be a tangible step to help to alleviate the hardship that those women have suffered and restore some of the dignity that many feel has been taken away.

For these reasons, I signed EDM 2296 back in May this year calling on the Government to enact a temporary special measure as permitted by international law to provide restitution to women born in the 1950s who have lost their pensions from the age of 60 because of the impact of the rise in retirement age.

In addition, I am committed to consulting further with the 1950s women affected to gather evidence on how to bring justice to them and what future support can be put in place to help ensure that all these women have security and dignity in older age.”