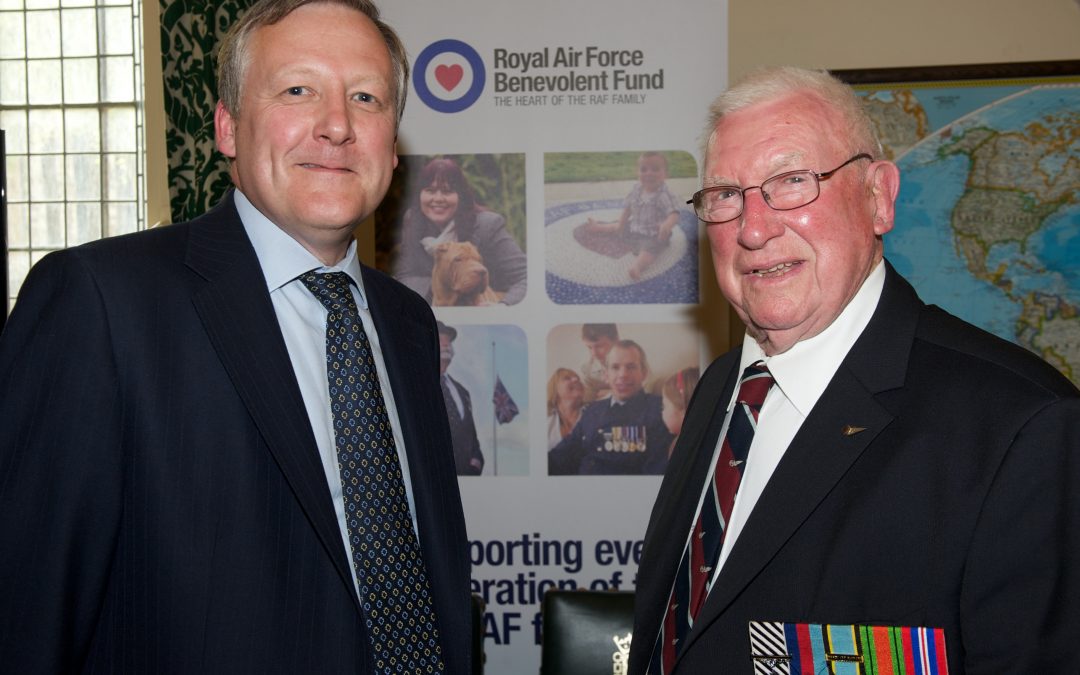 Kevan Jones, Member of Parliament for North Durham, expressed his thanks to the heroes of the Royal Air Force on May 23rd – in anticipation of a new Bomber Command Memorial which will be unveiled in London on 28th June.

Mr. Jones said: “It was a privilege to say thank-you in person to these heroes of Bomber Command, whose contribution to victory in World War Two was vital. I am delighted that the Bomber Command Association has raised a new Memorial in their honour and that the RAF Benevolent Fund has agreed to become its guardian, ensuring that future generations never forget the sacrifices made by these extraordinary airmen.”

RAF Benevolent Fund Controller, Air Marshal Sir Robert Wright, said: “The RAF Benevolent Fund’s motto is “The Debt we Owe” and there is no greater debt of gratitude we have as a nation than to those who served in the Royal Air Force during World War II. Bomber Command alone lost over 55,000 young men – that’s a greater number than serve in the entire Royal Air Force today. They faced dangers we can barely imagine, all in defence of our freedom, and their sacrifice has too often gone unrecognised.

“We are, therefore, enormously grateful to the Bomber Command Association for their tireless endeavours in raising this long over-due Memorial and deeply honoured to be chosen as its guardian. We will ensure that this memorial continues to be not only a lasting tribute to the dedication and sacrifice of those fine young men, but also a symbol of peace and reconciliation for future generations.”

Bomber Command Association Chairman, Malcolm White, said: “The campaign to deliver a Memorial to Bomber Command has taken many years, but the sight of the nearly completed structure in The Green Park is splendid and provides tangible evidence of the tenacity and dedication of a small team driven to recognise and more importantly, “Remember The Many’.

“The Association is indebted to those who have made this possible and I thank them all; there are too many to mention now but their contribution will not be lost. Equally, without the support of the RAF Benevolent Fund and its commitment to care for the Memorial in the future – this project would at best have been delayed and at worst, never have started.

“As Chairman of the Bomber Command Association, I also wish to thank all the Parliamentarians who have supported this endeavour. Together, we are now close to delivering a fitting and enduring Memorial to those brave men who laid down their lives for our freedom.”

For more information and to donate towards the future care of the Bomber Command Memorial visit: www.bombercommand.com