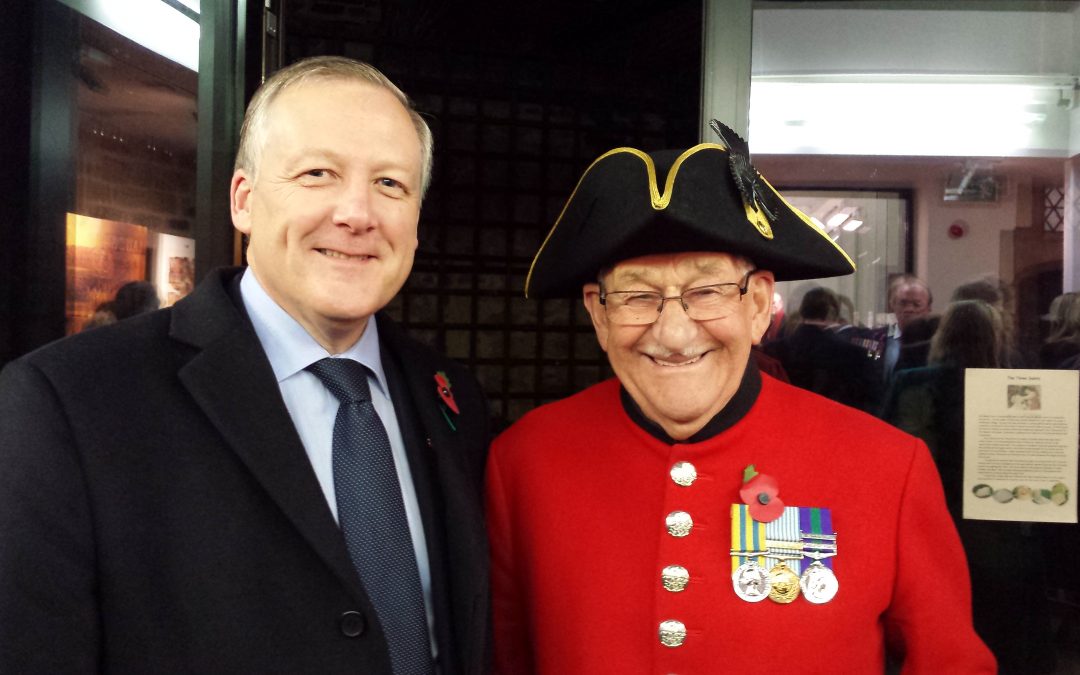 On the evening of Saturday 9 November, Kevan attended the Royal British Legion’s Festival of Remembrance at Durham Cathedral.

At the Festival, the bands of the Royal Signals (Northern) and Royal Regiment of Fusiliers played, and special tributes were paid to those involved in the Battle of the Atlantic and the Dambusters Raids, with the 70th anniversary of both events marked this year.

At the event Kevan was very pleased to meet with Skippy, a Chelsea Pensioner, with whom he is pictured below: