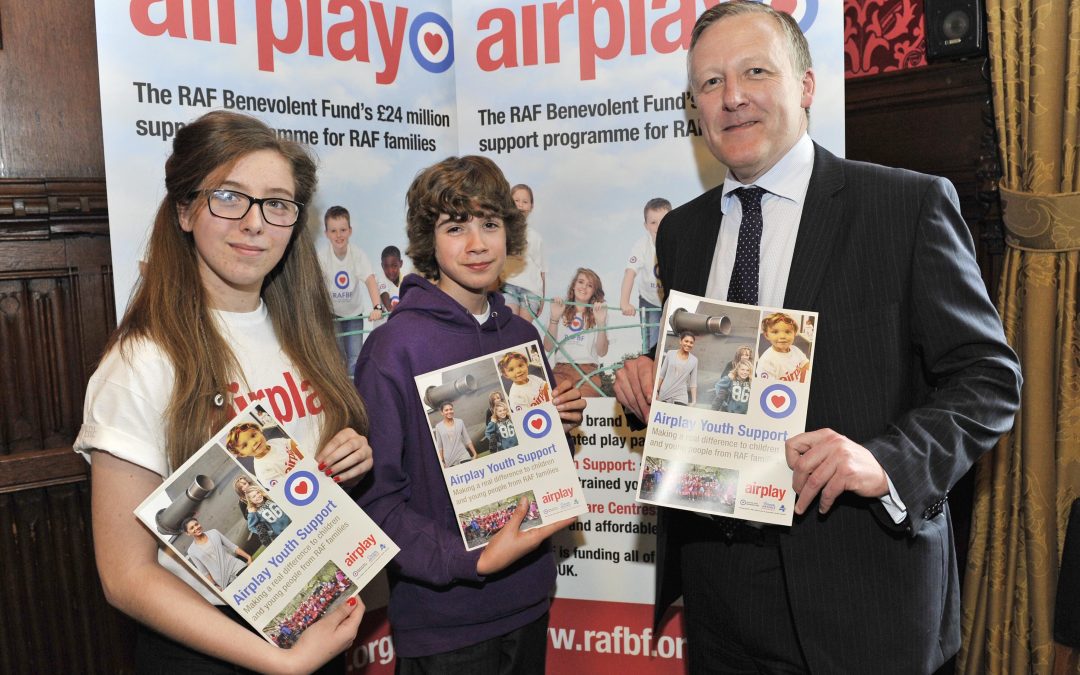 Mr Jones met with young people from RAF families at the Royal Air Force Benevolent Fund’s annual Parliamentary Reception in the House of Commons on Wednesday to hear about the realities of growing up in a military family. The young people, who all live on RAF stations, spoke about what it’s like having a parent in the armed forces.

They also delivered a new report which focuses on the positive impact the Airplay programme – the RAF Benevolent Fund’s youth support programme for children from RAF families – is having on the young people and their parents.

The charity designed and launched Airplay in 2010 in direct response to research which found that keeping children and young people safely occupied on stations was serving parents’ foremost concern after housing. The charity continues to fund and manage this partnership programme, which is the first of its kind in the Service community and operates on all major RAF stations across England, Scotland and Wales.

“While society recognises the sacrifices made by serving personnel, many forget the sacrifices made by their families. The RAF Benevolent Fund’s Airplay project is unique in that it is the first of its kind in the Service community and provides a safe and supported environment for children and young people to meet, as well as vital continuity for children re-locating between stations.”