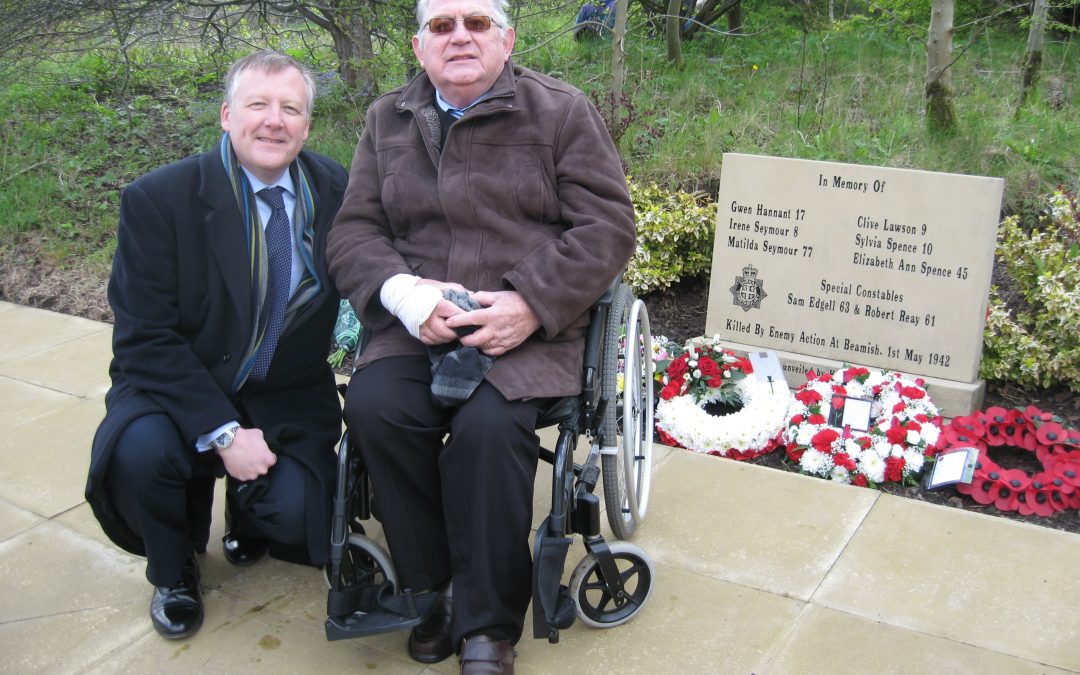 On Saturday 28 April, Kevan Jones MP attended a memorial service to mark the 70th Anniversary of the Beamish Bomb.

Three bombs were dropped on Beamish on 1 May 1942. The first two caused damaged to buildings, but it was the third bomb, which had not initially exploded, which killed 8 innocent people when it exploded at around 9pm that evening.

Below, Kevan is pictured with local historian Jack Hair, author of ‘The Bombs at Beamish’:

Kevan Jones said, “It was very moving seeing local people, survivors and relatives who lost loved ones come together to mark the anniversary of this great local tragedy. I would personally like to thank Dorothy, Jack, Mike and the many other people involved in making this event happen.

“It was also particularly pleasing to see the local schools play such an important role in ensuring the occassion was properly marked, and I was very impressed by the effort they have put in over the last few weeks.”