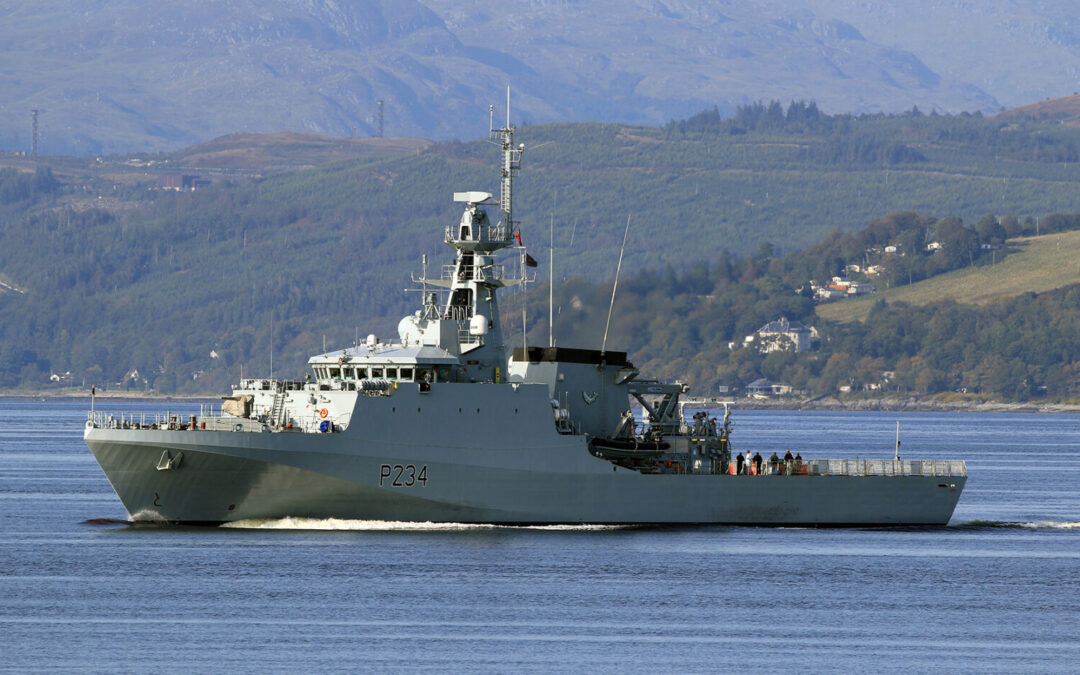 The idea of deploying the Royal Navy to the Channel was considered in August 2020 during what was then a peak in attempted crossing due to the calm seas that month.

Many of the objections raised then remain valid:

• We do not have enough Offshore Patrol Vessels (the vessel-type previously considered for coastguard duties) available to conduct the proposed operations.
• The sight of a Royal Navy vessel in the Channel is likely to embolden prospective refugees as they understand that the Royal Navy is legally bound to pick them up should they be in distress, under UNCLOS.
• The proposals are a misuse of stretched Royal Navy resources – the Royal Navy had intended to use this class of ship to conduct counterterrorism, anti-smuggling, maritime defence and counter-narcotics.

The article in the Times last weekend (https://www.thetimes.co.uk/article/boris-johnson-calls-in-military-to-stem-flow-of-migrants-xnltcb5x8) indicates that a Rear Admiral of the Royal Navy is to be placed in charge of Border Force, Coastguard, Fisheries and Customs, in the English Channel. It must be noted that this is not a proposal for the MOD to assist HO, it is a subordination of HO. This follows the model used by the French authorities. Rather than using a traditional coast guard, France assigns a maritime prefect – usually a navy admiral – who coordinates the various agencies under the authority of the Prime Minister in Paris.

In the UK, these proposals represent a considerable re-ordering of departmental responsibility (transferring from HO to MOD). Of note: it may be that to strip away a Department’s responsibilities, without any consultation, surely reflects more on the competence of the Home Office rather than an issue within the structures of government itself. It is not clear what the Chain of Command would be in the event of this restructuring; whether the Rear Admiral in charge would be answerable to the First Sea Lord, the Defence Secretary or the Prime Minister is again not clear.

The article in the Times does not make clear whether Royal Navy ships would be deployed into the Channel, only that the Royal Navy would be given ‘primacy over all government ships.’ Should it be clarified that Royal Navy ships will be used in the English Channel alongside this restructuring, it may be useful to note where our Offshore Patrol Vessels are currently deployed.

• HMS Clyde [decommissioned in 2019]
• HMS Mersey [previously part of Standing NATO Maritime Group 1, back out on patrol after Christmas – not clear where but unlikely to be in home waters]
• HMS Tamar [forward deployed to the Indo-Pacific]
• HMS Tyne [stationed in Portsmouth, usually deployed alongside MMO to counter illegal fishing]
• HMS Severn [brought back to service in 2020, after three years decommissioned, ostensibly to guard fisheries. Currently stationed at Falmouth]
• HMS Forth [permanently stationed in the Falkland Islands]
• HMS Trent [Mediterranean – NATO Operation ‘Sea Guardian’]
• HMS Medway [assigned long-term as Royal Navy ‘guardship’ in the Caribbean]
• HMS Spey [forward deployed to the Indo-Pacific]

It is unclear which OPVs the government believes should be deployed in the English Channel. As stated above, of the 8 OPVs currently commissioned, 5 are on long-term overseas assignment, one is likely to return to long-term overseas assignment imminently, and one is assigned to counter illegal fishing in our EEZ. Previous First Sea Lords have also called for an additional OPV to stationed in the Falklands.

HMS Severn would be the obvious vessel to police the crossings of refugees, although she was recommissioned ostensibly to protect fisheries alongside HMS Tyne.

Put simply, even if this was a good idea, the numbers are stretched and there would be very little chance of a sustained Royal Navy presence in this way.

Would a Royal Navy Ship in the English Channel Deter Crossings?

Ironically, if you were to start patrolling the English Channel effectively, you would arguably encourage more crossing attempts, as Royal Navy ships would under the same obligation to pick up struggling boats, under the first law of the sea, which is the prevention of loss of life at sea. This viewpoint has been echoed by Migrant Watch; Alp Mehmet from Migration Watch said: “We will end up with more arriving because they know they will be picked up safely and brought here.” Many stakeholders have since stated that the sight of a Royal Navy ship in the Channel would embolden more to attempt crossing.

When these proposals were raised previously in August 2020, a MOD source told the PA news agency the idea of using the Navy was “completely potty” and could put lives at risk. This source added, “it’s beyond absurd to think that we should be deploying multi-million-pound ships and elite soldiers to deal with desperate people barely staying afloat on rubber dinghies in the Channel.”

The Royal Navy had intended to use this class of ship to conduct counterterrorism, anti-smuggling, maritime defence and counter-narcotics. The MOD has never earmarked OPVs for deployment in this way and it would seem disproportionate to do so.

These proposals instead seem to be an unsophisticated attempt to appease the right of the Conservative Party (hence ‘Operation Red Meat’). However, it would weaken our maritime capabilities by deploying disproportionate force when it is needed elsewhere, stretch already thinned Royal Navy resources and actually further embolden refugees to attempt crossings.