Kevan attends meeting on the future of Post Office 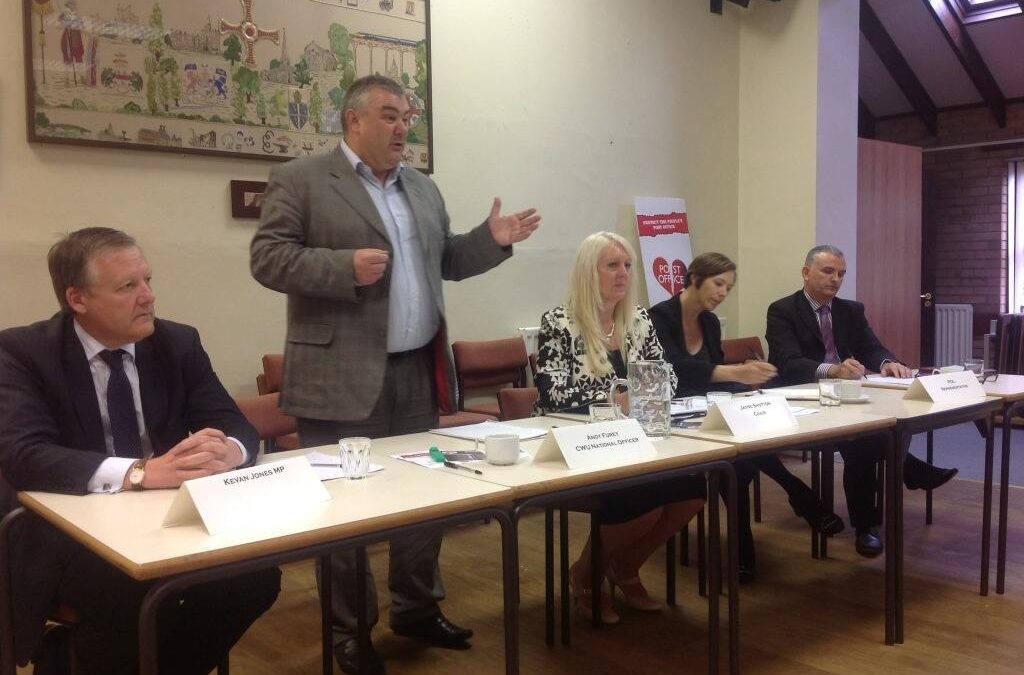 On Friday 13 September, Kevan attended a public meeting at the Parish Centre to discuss the future of Chester-le-Street Crown Post Office.

The meeting, which was attended by around 50 local people, was addressed by representatives from the Post Office and from the Communication Workers Union, representing those workers employed at the Post Office.

The Post Office said they were currently looking at expressions of interest from potential commercial partners to whom the current servie could be franchised out to, but said no decision had yet been taken. However, residents raised a number of concerns about the quality of the service likely to be provided.