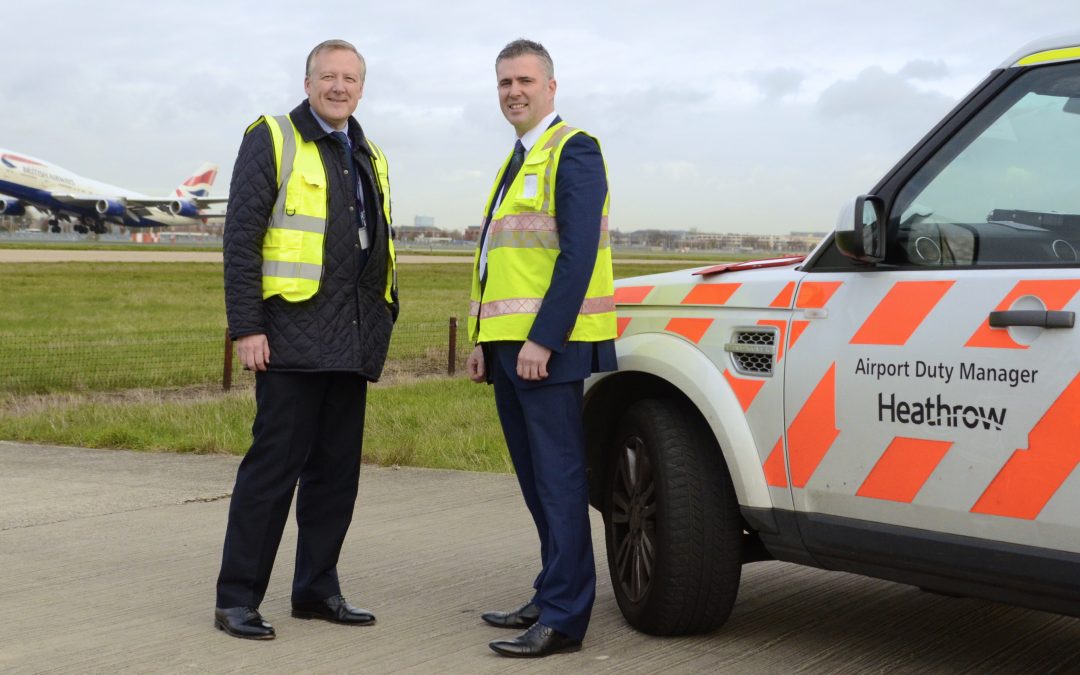 Kevan Jones, MP for North Durham and Shadow Defence Minister has embarked on an educational ‘access all areas’ tour of Heathrow Airport as part of his Industry and Parliament Trust Fellowship, which brings together senior members of Parliament and industry.

After an early morning flight into Heathrow Terminal 5 from Newcastle Airport (25 November), Mr Jones was given a series of briefings about the airport before donning a hi-visibility safety vest and setting off onto the airfield.

Accompanying the Airport Duty Manager, he was given first-hand experience of what it takes to keep the UK’s hub airport operating – including meeting a team of air traffic controllers in the 80m high tower at the heart of the airfield.

The visit gave the Shadow Defence Minister a chance to understand the challenges of running the world’s busiest two runway airport. Heathrow has no spare capacity left to add to its 1300 flights day. Standing just 100 metres from an A380 climbing into the skies, Kevan Jones said:

“I travel regularly through Heathrow as a passenger, but it is a great experience being able to witness first-hand what it takes to keep this hugely complex operation running.

“Heathrow is like a mini city, and having the opportunity to go behind the scenes at the airport has really added to my understanding and appreciation of civil aviation and aerospace. I was particularly impressed by the new Terminal 2.”

Fellowships are bespoke placements in industry for MPs, MEPs and Peers structured around a set of learning objectives decided by each parliamentarian at the beginning of their programme. Kevan has completed three days of his Fellowship so far, focusing on civil aerospace and aviation. He hopes to develop a further understanding of aircraft, aviation and manufacturing.

“We were delighted to welcome Kevan to Heathrow and to support the Industry and Parliament Trust Fellowship. As the UK’s only hub airport, we understand how important it is to the whole of the UK for there to be a strong working relationship between industry and parliament.”

The day concluded by exploring the new £2.5bn Terminal 2 – The Queen’s Terminal, which is now in the early stages of trialling and testing ahead of its opening in June 2014.