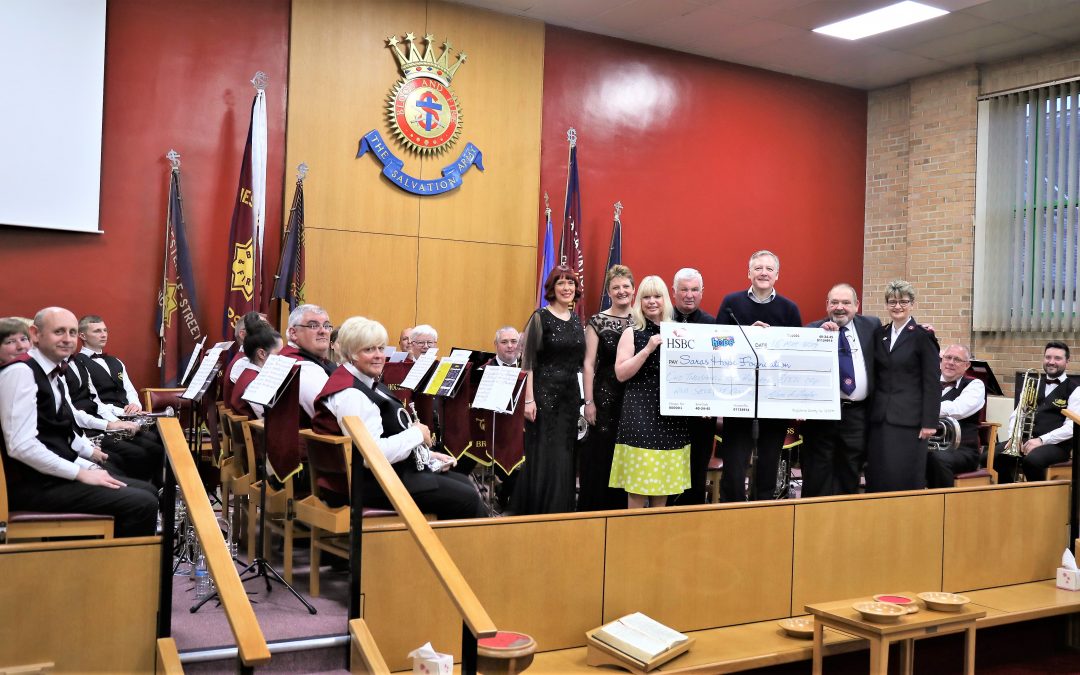 A sell-out concert in Chester le Street has raised nearly two thousand pounds for a charity offering holidays to children with cancer and their families. The event has been held annually for five years, and was organised by local resident Alan Taylor.

Over £1800 was raised for Sara’s Hope Foundation, which was set up in memory of North East teenager Sara Hoburn and provides breaks for families affected by cancer at a holiday home in Crete.  The audience heard from Kevan Jones MP about a local family, the Palmers, who will be travelling with the charity in August.

There were performances by the award-winning Houghton Brass Band and from singers Fiona Havercroft and Kirstie Swirles, and at the end of the evening a cheque was presented to Keith Gibson, the Chairman of the Charity.

“I know from my own constituency work how tough life is for families when a child is battling cancer, and the difference which a holiday can make under these circumstances.  I was very moved by the story of Michael Palmer, whose mother came to my Surgery while he was undergoing treatment for leukaemia, and will be travelling to Crete this Summer.”

“I was delighted to attend this charity concert, and to support the work of the Foundation.  The Chester le Street community have yet again shown their generosity, and the donation will make a huge difference to families going through a terrible time in their lives”