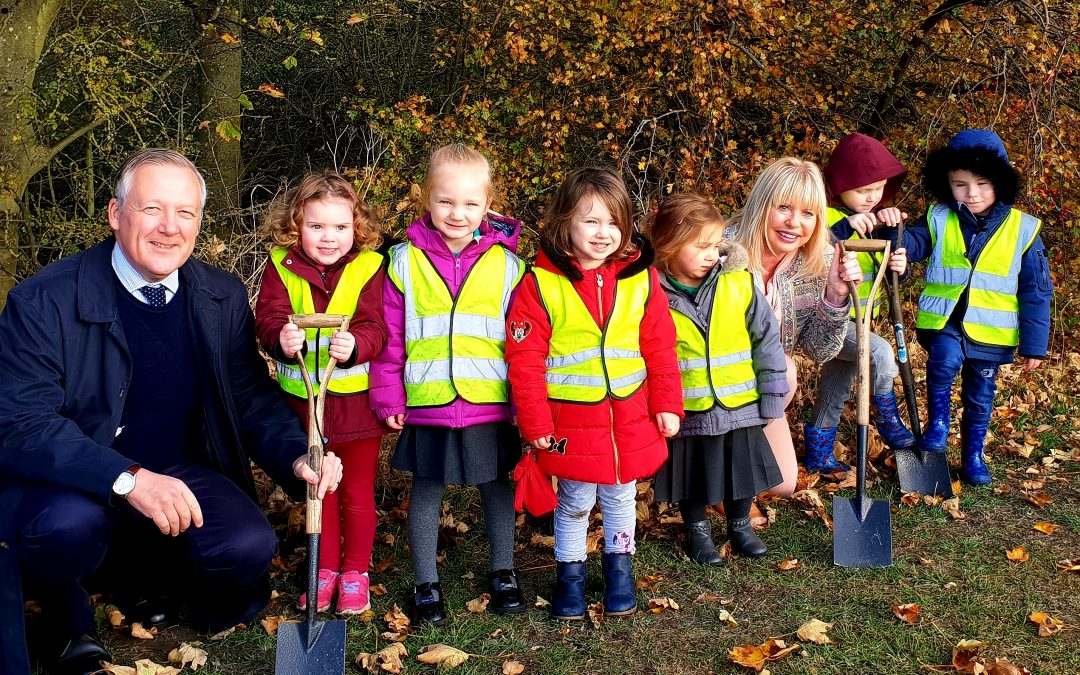 Kevan Jones, Member of Parliament for North Durham, joined local children to plant trees as part of the Queen’s Commonwealth Canopy, a network of forest conservation initiatives to mark Her Majesty’s lifetime of service to the Commonwealth.

They were donated thanks to a partnership between the Woodland Trust, Sainsbury’s and ITV, which in April screened a landmark documentary, The Queen’s Green Planet, following Her Majesty the Queen and this ambitious legacy project which brings together her deeply held commitment to the Commonwealth and her little-known love of trees.

At the heart of the film was a conversation between the Queen and Sir David Attenborough filmed in the gardens of Buckingham Palace last summer. In a rare opportunity to see the Queen talking informally to Sir David, the conversation ranged from climate change, to conkers and of course trees, and was watched by 6.4 million viewers, making it ITV’s most watched factual programme of the year.

“This is an excellent project to develop forests in Commonwealth countries across the globe. It was a great pleasure to join the local children who will grow up alongside the trees, and who already share a passion for nature with Her Majesty the Queen.”

“We are fortunate to enjoy a beautiful natural environment in Chester-le-Street and the surrounding areas. I was delighted to assist with planting the trees at this well-loved recreation area, and am sure that they will be appreciated by the local community.”

“The children at Selby love to be out in the fresh air, and really enjoyed helping to plant these beautiful trees, as well as meeting their local Member of Parliament.”

About The Queen’s Commonwealth Canopy

The Queen’s Commonwealth Canopy (QCC) is a unique network of forest conservation projects which unites the Commonwealth family of nations to save one of the world’s most important natural habitats. Established in the name of Her Majesty The Queen as Head of the Commonwealth, this initiative is committed to raising awareness of the value of established indigenous forests, and saving them for future generations, as well as planting new forest.