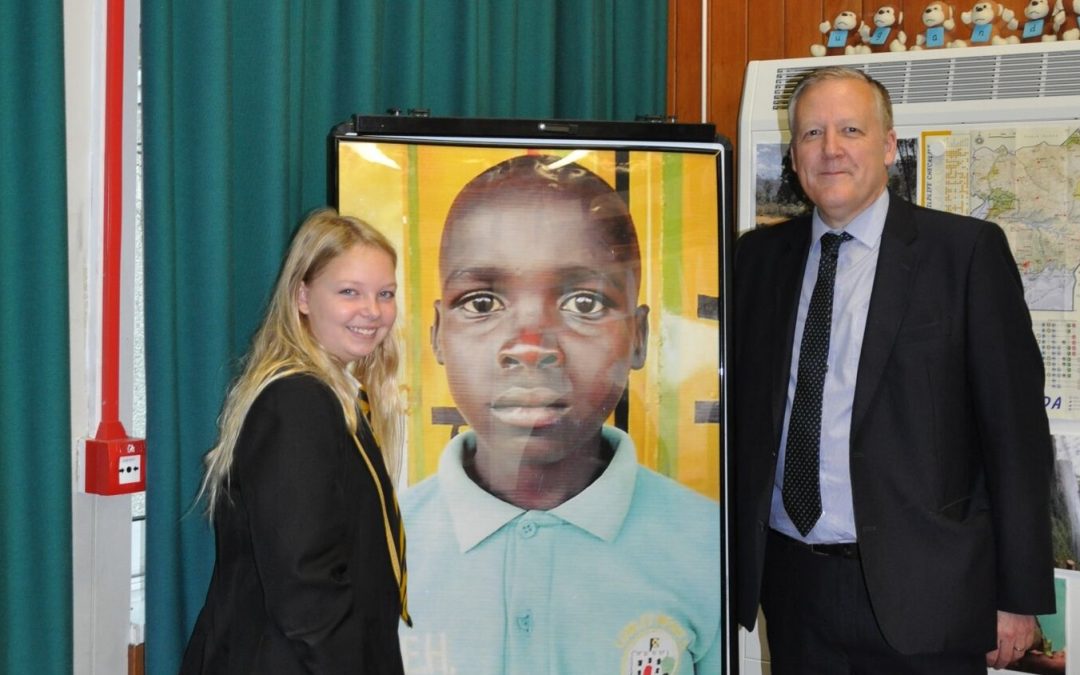 Kevan Jones, Member of Parliament for North Durham, visited Lumley Infant and Nursery School, Great Lumley to hear about the children’s partnership with a school in Eastern Uganda.

The partnership was established in 2014 when a t-shirt from Lumley was donated to a charity shop, and ended up being worn by a little boy called Julius at Kamuge-Olinga Nursery in Uganda. The Parish Priest contacted Great Lumley School by email, and Kate Holmes, the girl who originally wore the t-shirt was amazed to hear where it had ended up.

Since then, the relationship between the two schools has flourished, with staff from Great Lumley travelling to Uganda, and children collaborating on a project called ‘A Life Like Mine’ which compared the experiences of pupils in the two countries. Thousands of pounds have been raised towards education projects in Uganda, with the goal of providing all 3 to 7 year old children in the nursery’s area with an early education.

On the day of Kevan’s visit, a live link was established with Uganda so that children at the two schools could interact with each other. He also met Kate Holmes, the original owner of the t-shirt, who now attends Park View School in Chester le Street.

“I was delighted to meet the pupils at Great Lumley, and hear about the friendship they have developed with the children in Uganda. They are truly global citizens, and learning about the lives of Julius and his friends has greatly enriched the school community here in County Durham. The visit to the school was really moving, and I was amazed to hear that the whole project started with a single, magic t-shirt.” 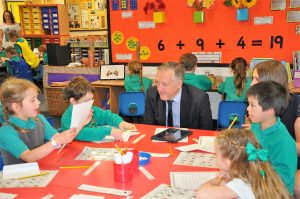 “Our partnership with the School in Easter Uganda is truly unique, and it has been a great honour to get to know the amazing staff and children there. Kate’s t-shirt is definitely magical, and its journey has united our hearts and fired our passion to support a community thousands of miles from here. I am incredibly proud of the commitment which the children have shown and their enthusiasm in sharing this with our local Member of Parliament during his visit.” 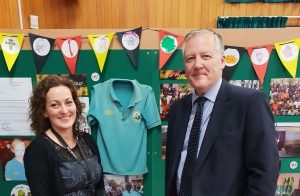