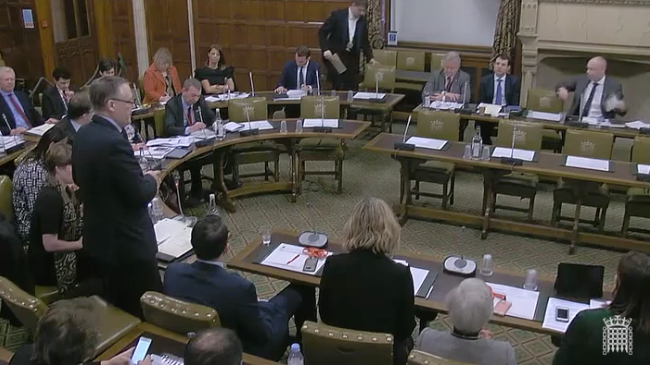 On 31 January Kevan spoke in a Westminster Hall debate on Personal Independence Payments, saying that the system does not treat people fairly.

Kevan spoke of constituents who had been to his advice surgeries after being refused PIP.

During his speech he said:

“I want to nail the idea that people on PIP somehow are shirkers, and the lazy of society.

“In many cases, the people I am talking about are working. The worst case I know of is of a man in his 40s with a degenerative condition, who was a butcher and could not work. He retrained in IT, got a job, went for his PIP assessment and was not awarded the higher enhanced rate. Therefore he lost his mobility car. That is a guy who got off his backside, as he said to me when he came to my surgery, and went to get a job because he did not want his children to grow up in a household where the father was not going out to work. It cannot be fair that we are dealing with such people in the way we are.

“The system as it has been designed is making all the same mistakes as the work capability test did. It is a sausage machine to get claims through. I would argue—to save money for the Government—for taking out the cases that we know will not improve.

“As to making sure that the system works properly for others, especially those with mental health issues, we must have a system where assessments are done by properly qualified people.”

His final remarks were well received by Labour MPs attending the debate:

“The people who claim PIP do not choose to be in that position. Any one of us here today could end up on it if we had a serious illness or accident. Claimants do not want to be on PIP. The way to judge a society’s fairness is by how it treats its most vulnerable. I am sorry, but the system we have is not treating them fairly.”

To watch Kevan’s speech in full click the link below: