Kevan speaks in commons debate on NATO and emphasises the case for why we need it today. 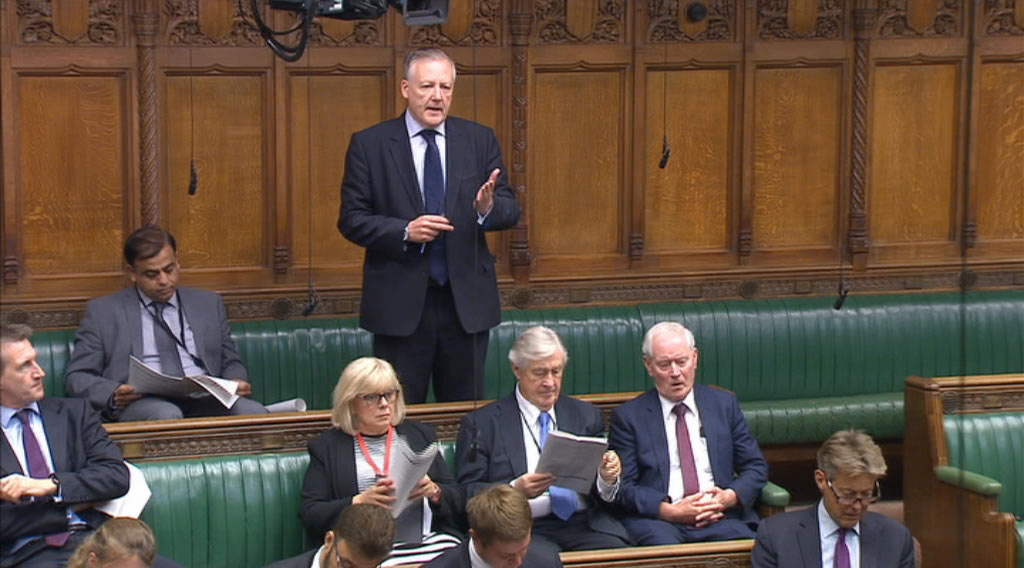 On 20 June Kevan spoke in a Commons debate on NATO.

NATO was one of the great achievements of the 1945 Labour Government. Its creation was pushed through by the tenacity and force of will of Ernie Bevin and Clem Attlee, who had both lived through two world wars—Attlee was wounded at Gallipoli. The creation of NATO was based on our party’s fundamental principles of international co-operation and internationalism, and on the idea of solidarity with other nations. Irrespective of the people who today try to rewrite history, the Labour party has never been a pacifist party. NATO was put in place with the idea that pooling resources to ensure that nations could come together and take a collective approach to defence was the way forward. That idea has passed the test of the past 70 years.

When NATO was founded, the threat was clearly the Soviet Union, as it was right up until the 1990s, and it proved to work well as a deterrent. There is a narrative that says that NATO is now somehow the aggressor. I ask people to cast their minds back to the late 1990s, when NATO was in the driving seat in respect of co-operation with the new Russian state, with the “Partnership for Peace” process and the NATO-Russia Council. People forget that at the 2000 Moscow summit, Putin actually suggested to Bill Clinton that Russia could become part of NATO. There was a great will to ensure that co-operation and peace could move forward.

We live in a very different world today, with a resurgent Russia. Not only is there the cyber-threat, about which Members have spoken eloquently, but Russia is re-arming in respect of its nuclear capability, naval capacity and long-range nuclear missiles. People might ask what NATO’s response to those threats is. Our response has to be the traditional one of preparation and solidarity, and we need to ensure that we have a united front against any threat, including that from Russia.

We saw in the press a couple of weeks ago the cynical, terrible situation whereby the new weapons that are being developed are being test-bedded on the people of Syria. Anyone who tries to tell me that that is a state that is going to look for a peaceful way forward need only ask the people of Crimea to see what its way forward is. The threats are different now, though, and it is not just about Russia; the threats include Islamist terrorism, failed states and, as has already been mentioned, mass migration and economic disintegration in parts of the world.

Our response has to include—I know that this has already been said—spending, modernisation and ensuring that we deal with the threats that we face, not just on the battlefield, but in cyber-space and in the media. The Russian threat is quite clearly designed in doctrinal ​terms to destabilise the western alliance and it is one to which we need to react. I think that we have been rather slow in reacting to it.

May I also add to what was said by the right hon. Member for Newbury (Richard Benyon) and my hon. Friend the Member for Bridgend (Mrs Moon) and make the case for NATO? Most of us who grew up in the cold war really knew what NATO was for. We need to re-emphasise the case for why we need it today—not as an aggressive alliance, but as a body that stands up for the values that we all cherish dearly and have fought for over many generations in this country. I also reiterate the point that Labour is a party that looks outwards, believes in international co-operation, is not pacifist, stands up to aggression where we see it and also works with other nations to ensure that peace and democracy, which we all take for granted, are preserved.