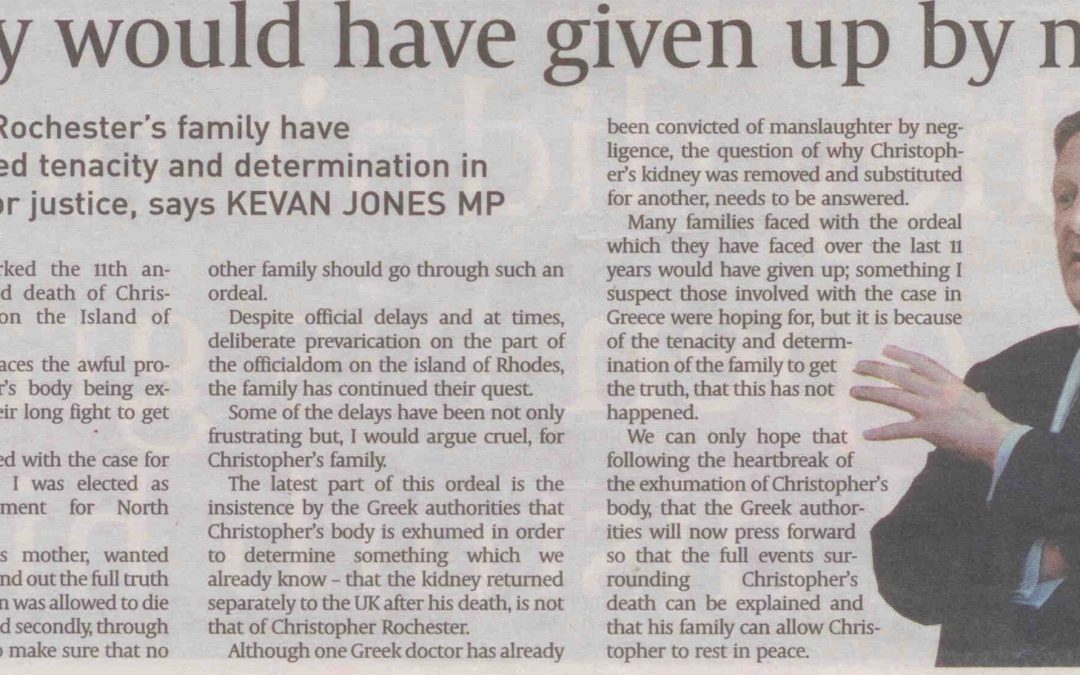 On 27 June, the body of Christopher Rochester was exhumed at the request of the Greek authorities. Chris died in June 2000 after being left unattended in a hospital on Rhodes, following a 40ft fall from a balcony. His body was returned to the UK with a kidney missing and his family have been fighting to prove that the kidney later returned was not Chris’.

In an article for the Journal, Kevan Jones paid tribute to the determination and tenacity shown by the family over the last 11 years: