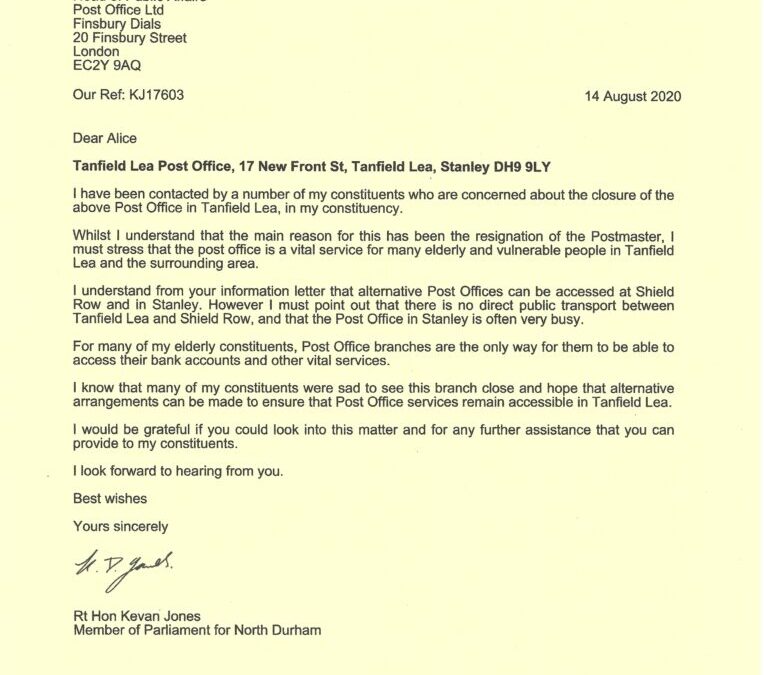 Kevan Jones, Member of Parliament for North Durham has written to the Post Office to raise concerns about the future of the Post Office in Tanfield Lea following the resignation of the postmaster.

Kevan had been contacted by a number of constituents about this issue, as well as by County Councillor Olga Milburn who represents the area on Durham County Council.

“This is a particularly worrying development, given the amount of elderly and vulnerable people who rely on their local Post Office in rural communities.”

A copy of Kevan’s letter to the Post Office is available below. 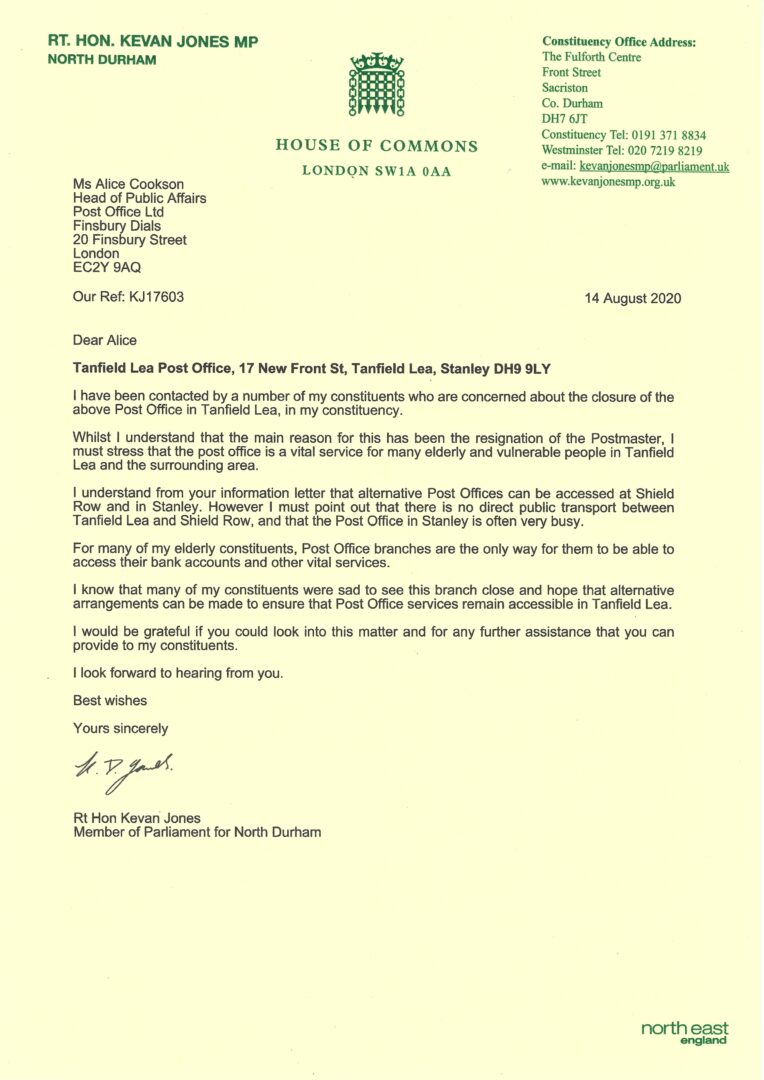