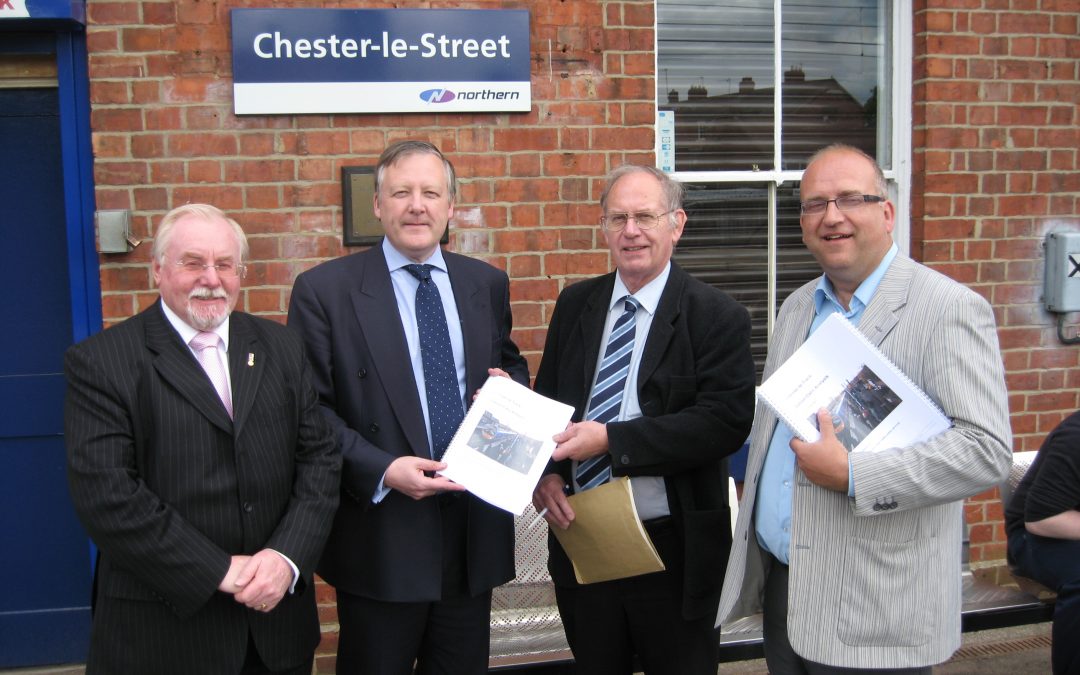 Kevan Jones MP joined Alex Nelson, Stationmaster at Chester-le-Street, local County Councillors and local residents to launch a new report on rail services at Chester-le-Street on 27 May. The report, commissioned by Mr. Nelson, was produced by the Railway Consultancy.

Mr Jones said: “I am not asking for more trains to run on the busy East Coast Main Line, but I just wish more of the existing services stopped at this large market town.

“We know that the new service stops at 24 past the even hour going south and 55 past the odd hour going north. Why can’t they all stop to give an hourly service through the day?

“There are also large gaps in the evening and a key commuter service around 8.30am has been withdrawn, affecting commuters into the town from Newcastle as well as those going further south from the town.”

Earlier in the month, Mr. Jones also raised the issue with Philip Hammond, the Secretary of State for Transport. Follow the link below to see the exchage: