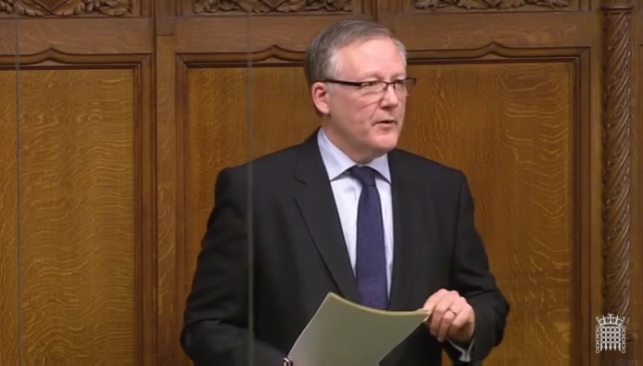 On Monday 7 March, Kevan spoke in the debate on the Second Reading of the Policing and Crime Bill.

During his speech, Kevan said:

“I hope that in Committee we can address the issues around mental health so that the Bill can do what the Government want it to do, which is to improve the situation. I suggest that they work with the charities sector and others who have ​raised some of the concerns that I have mentioned tonight. I hope that we can get to where the Government want to go and avoid the situation of people with a mental illness ending up in police cells. It could also take the burden from front-line police officers, who, although they try hard, are not qualified to deal with such situations.”

Click on the following link to watch Kevan’s speech in full:

Kevan’s speech and the rest of the debate can be read in full here: