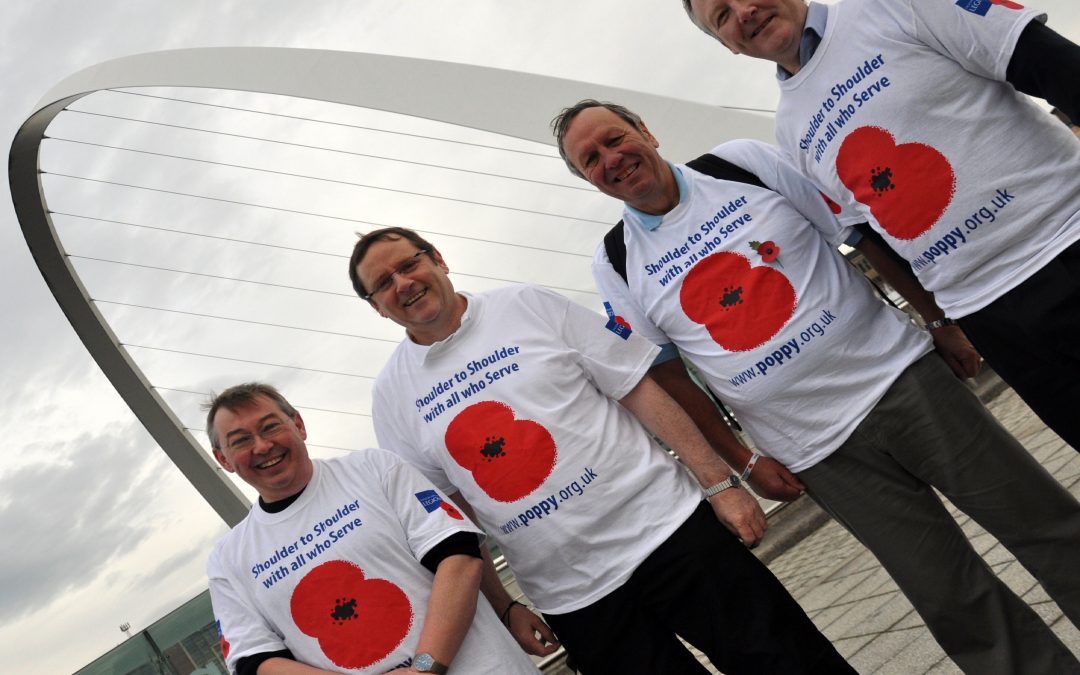 Three North East Members of Parliament took part in a sponsored walk for the Royal British Legion on Saturday 29 October.

Kevan Jones, M.P. for North Durham, Phil Wilson, M.P. for Sedgefield, and Ian Mearns, M.P. for Gateshead, joined ex-service personnel from around the North East taking part in the ’90 for 90’ challenge, to mark the Royal British Legion’s 90th Anniversary Appeal. Participants chose to walk, cycle, run or wheelchair a 10 mile route along the Tyne, from the Millennium Bridge to the Scotswood Bridge and back.

Kevan Jones said, “I am very pleased to be able to join the Legion, and ex-service personnel from around the North East to raise money for the 90th Anniversary Appeal. The Legion does outstanding work both supporting and campaigning on behalf of ex-service personnel, and I think today’s event not only gives us the opportunity to help raise some much needed extra funds, but also to celebrate the immense contribution the Legion has made over the last 90 years.”

Ian Mearns added, “I am delighted to take part in this important land mark event for the Royal British Legion, for all of the distinguished efforts of our service personnel over the last century. Walking 10 miles seems hardly any effort but I do hope that by taking part with colleagues from Parliament I can help to raise the profile of the Royal British Legions 90th Anniversary Appeal.”

It is hoped the event, which started from Baltic Square, will raise around £9000 for the Appeal.

For further information on the 90th Anniversary celebrations, or to find out more about the work of the Royal British Legion visit http://www.britishlegion.org.uk