This week, Kevan wrote for the second time to the Honours Forfeiture Committee to call for the CBE awarded to Paula Vennells for “services to the Post Office” to be rescinded.

Kevan stated that the award to Ms Vennells, who was CEO of the Post Office during the Horizon Scandal, was “utterly wrong” and “deeply insulting” to those who suffered prosecutions during her tenure.

The full letter is below: 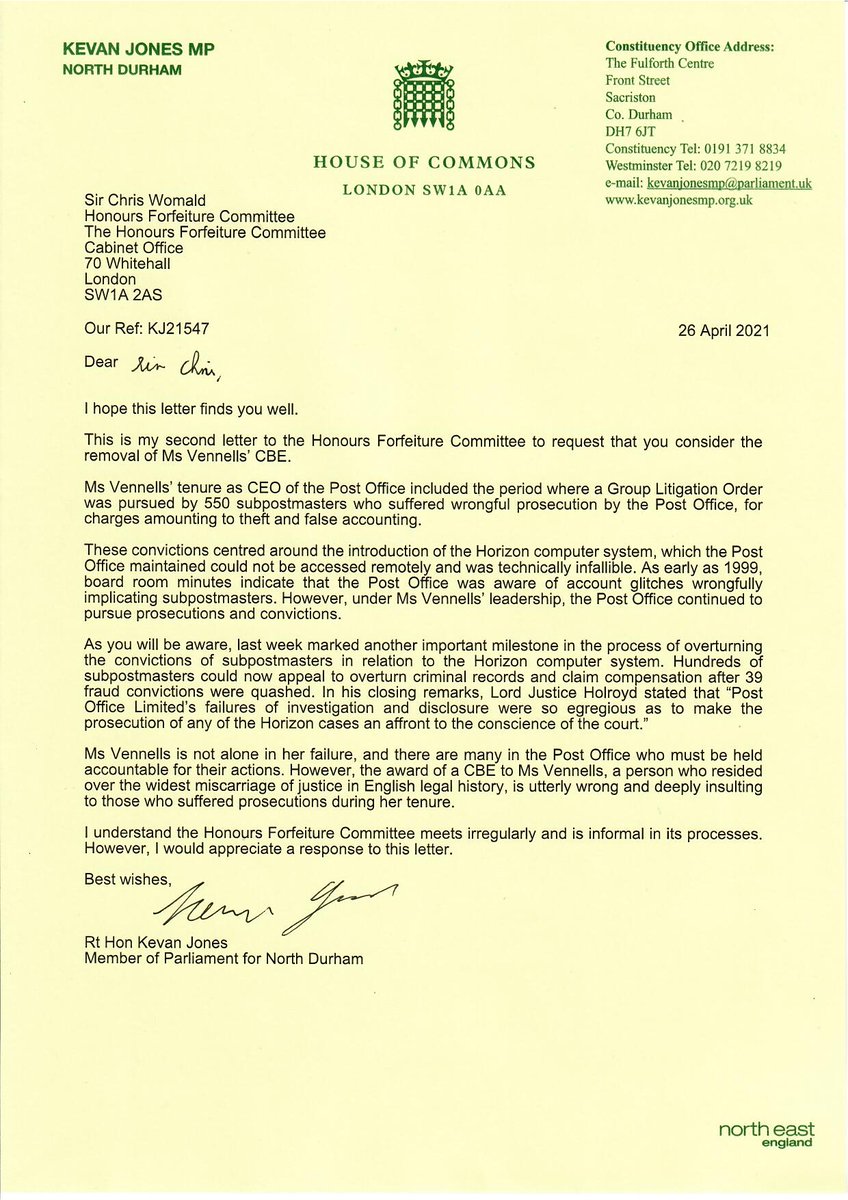