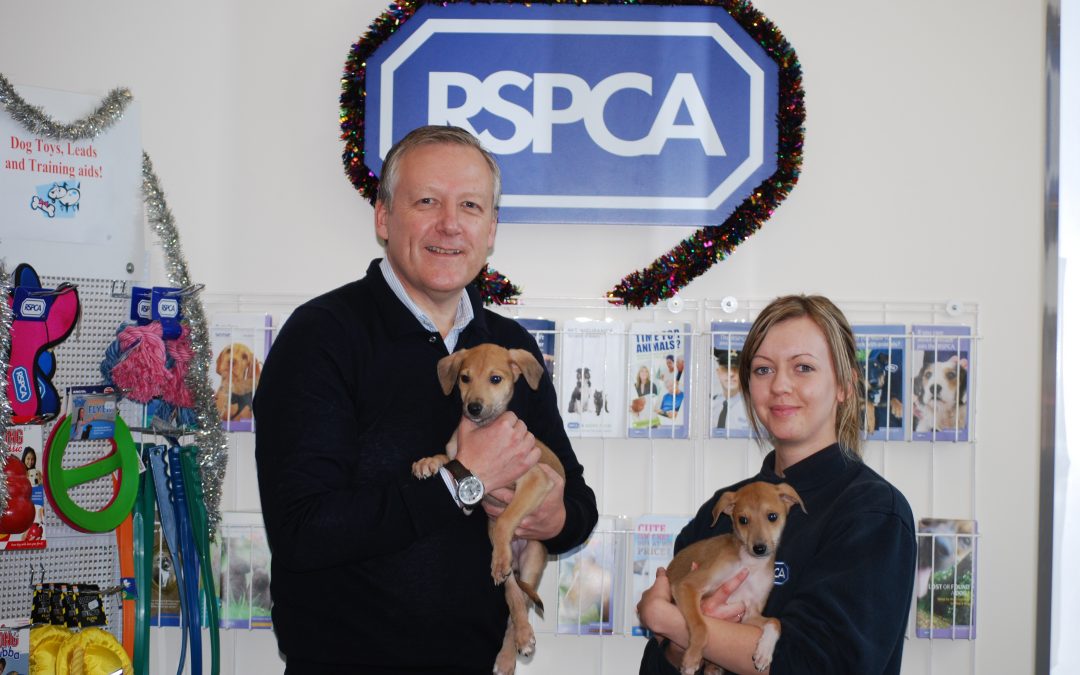 Kevan visited the Felledge Animal Centre at Waldridge, Chester-le-Street on Saturday 30 November as part of a campaign by MORE TH>N Pet Insurance to raise awareness of the issue of pet thefts. 100 free microchips for cats and dogs will be given away at the centre until 6th December.

Kevan said, “As a dog-owner myself, I find it very worrying indeed that one in every five dog and cat owners in the North East are losing their pets due to theft. More needs to be done to raise awareness of this issue, and microchipping plays an important role in combating the problem. I would certainly encourage owners to get this done for their pets.”

The service follows research by the insurer which shows that the nation is in the grip of a pet theft crisis, with thieves happily stealing cats and dogs all over the UK at an alarming rate.

The research forms part of the MORE TH>N’s first-ever Pet Theft Census, which reveals how one in every five (19%) cat and dog owners in the North East have experienced the theft of a pet during their lives, with almost three quarters (72%) of those incidents occurring in the last 12 months alone. What’s more, of all cat and dog thefts in the region, over half (55%) of owners have sadly never seen their beloved pets again.