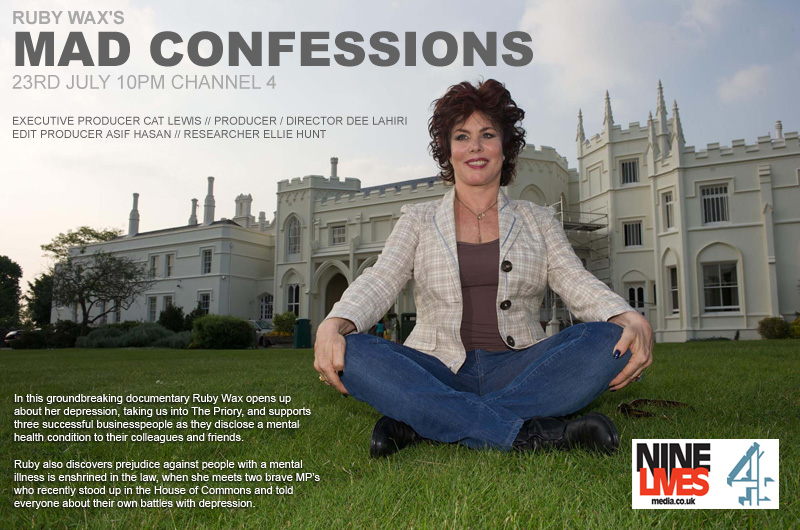 Kevan Jones, Member of Parliament for North Durham, will appear on a Channel 4 documentary on Monday evening, following his recent decision to speak publicly about his battle with depression.

In ‘Ruby Wax’s Mad Confessions’, Kevan discusses his mental health problems with the broadcaster and comedian, and also his decision a few weeks ago to speak out on the floor of the House of Commons on the issue. The documentary follows a selection of people who have taken the decision to disclose their mental health condition to friends and colleagues, including Derek Muir of Sacriston, Co. Durham. Derek, 30 is married with a young daughter and is an award-winning design engineer, and after being overwhelmed by depression a year ago and taking four weeks off work, has decided to tell his colleagues the real reason for his absence.

Kevan said, “I am very pleased to have been able to contribute to this documentary. As everyone involved in the programme will know, the decision to speak publicly about mental illness is a very difficult one, but I hope this documentary goes some way to breaking down the stigma attached to mental illness in the workplace. I would like to congratulate Channel 4 for commissioning this season of programmes on such an important issue.

“It was also a real privilege to have the opportunity to meet Derek Muir, and hear about his own battles with mental illness. I have been overwhelmed by the support and kindness shown by friends, colleagues and, indeed, total strangers following my speech a few weeks ago, and I hope Derek and the other participants in the programme experience a similar response.”

The programme is being broadcast as part of 4 Goes Mad, a season of primetime programmes seeking to challenge mental health discrimination in the work place.

You can watch the programme again here: http://www.channel4.com/programmes/ruby-waxs-mad-confessions/4od