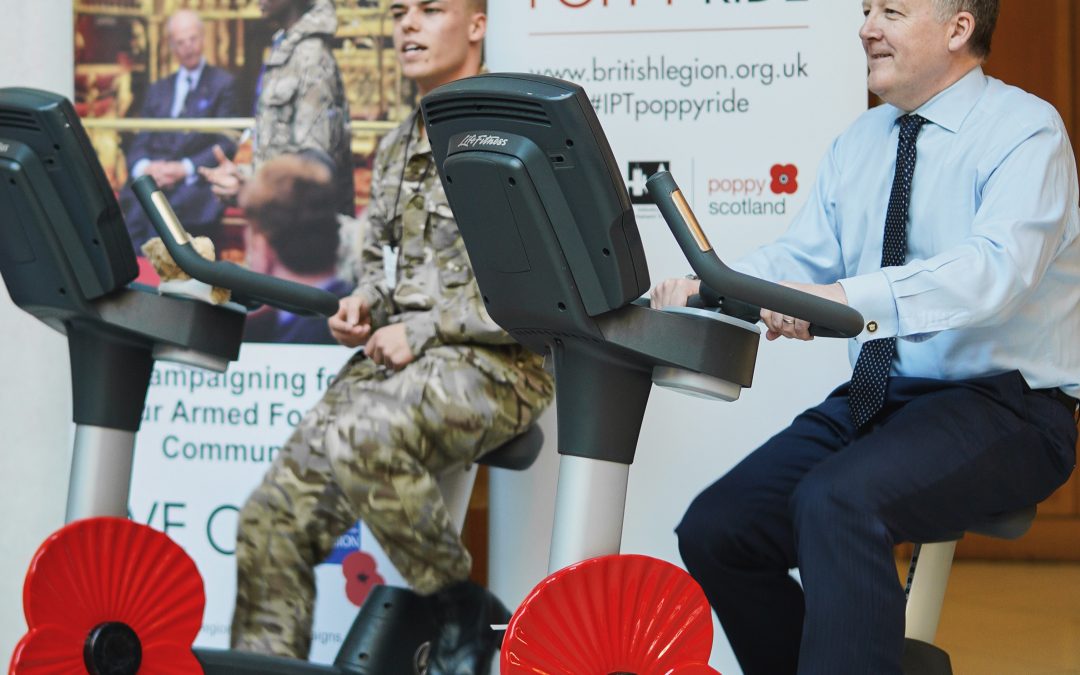 Kevan took part in the Industry and Parliament Trust’s Poppy Ride to raise funds and awareness for The Poppy Appeal in Parliament in the centenary year of the end of the First World War.

The Poppy Ride is carried out in association with The Royal British Legion and is a 12 hour static bike ride, undertaken by parliamentarians and serving members of the Army, Royal Air Force and Royal Navy who each undertake a 5 minute bike ride to see how far they can go. Kevan cycled 2.10km in his 5 minutes.

All money raised on the day helps The Royal British Legion provide lifelong financial, social and emotional support for the Armed Forces Community – serving men and women, veterans and their families.