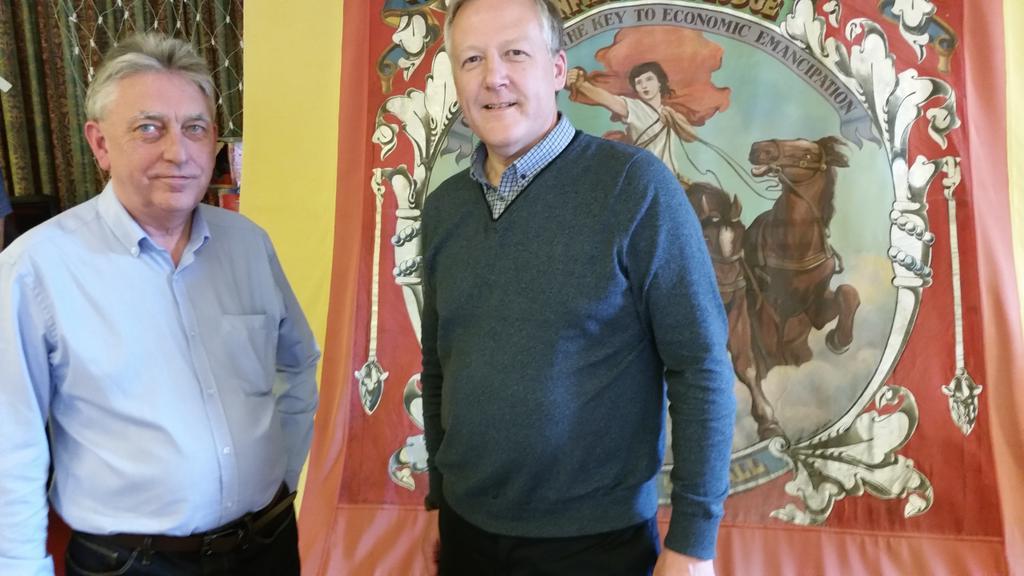 The Banner Group are hoping to raise around £9,000 for a new banner in time for next year’s Miners Gala, which will also be the 50th anniversary of the closure of the East Tanfield Colliery.

Below, Kevan is pictured with Banner Group Chairman, Joe Wilson. Anyone interested in helping the fundraising effort can contact Mr Wilson on 01207 280101.