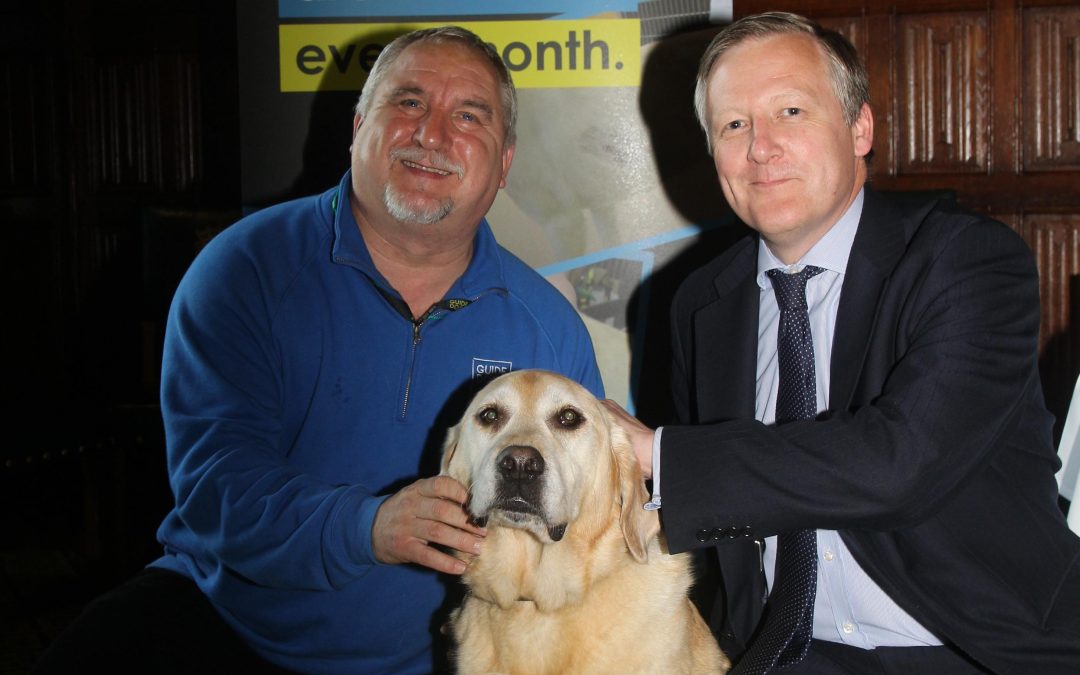 Kevan Jones MP has supported Guide Dogs’ call to stop attacks on guide dogs, and attended a reception at the Houses of Parliament yesterday. The North Durham MP was amongst the 150 members of parliament that backed the charity’s call.

New figures that were released on Monday, 11 June, showed attacks on guide dogs are at an all time high and now running at an average of eight a month. Guide Dogs held the reception to highlight the charity’s growing concern about attacks on guide dogs by other dogs and to ask MPs for their support.

Guide Dogs sees the compulsory microchipping of all dogs as a vital first step towards reducing the number of attacks, but believes the Government should go further.

David Cowdrey, Guide Dogs’ Campaigns Manager, said: “An attack on any dog is frightening, but for a guide dog owner it is much worse. With more than eight reported attacks on guide dogs a month, the trauma caused by these unprovoked attacks could leave a blind or partially sighted person a virtual prisoner in their own home.

“We welcome Kevan Jones’ support for our campaign, and ultimately we want the law changed so an attack on an assistance dog is treated as seriously as an attack on a person.”

Mr. Jones said, “I am pleased to have the opportunity to show my support for this important cause, and to congratulate Guide Dogs on the work they have done to raise awareness of this worrying trend. I will, along with my parliamentary colleagues, press the government to take action to prevent further attacks on guide dogs.”

Mr. Jones is pictured with Dave Kent and his guide dog Quince.