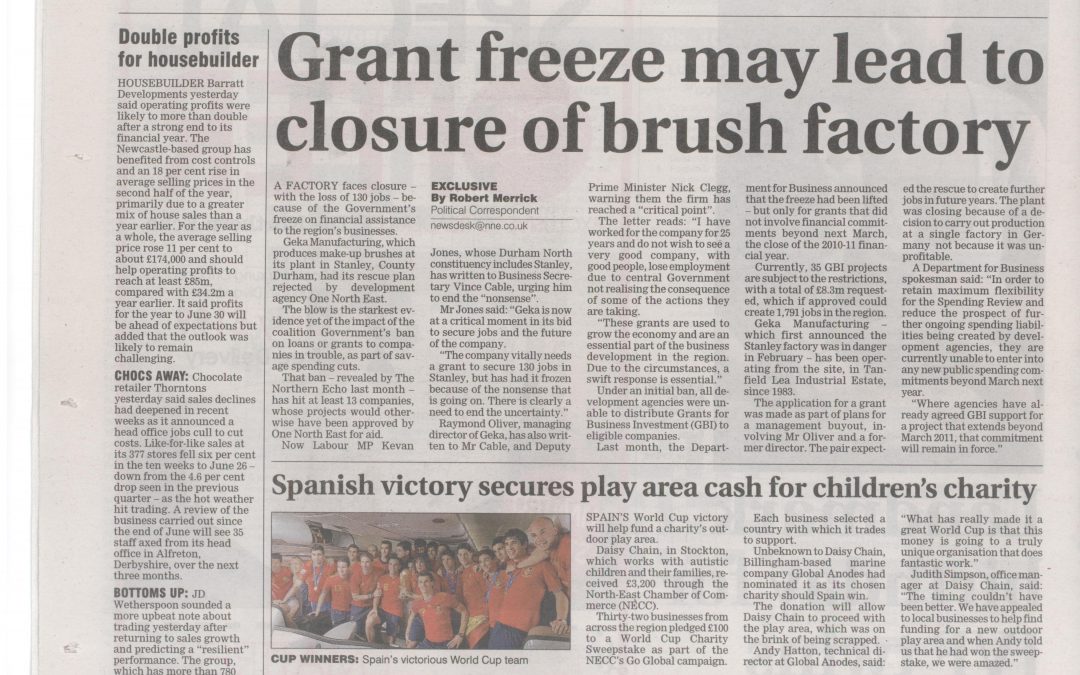 Kevan Jones, Member of Parliament for North Durham, has criticised the government’s decision to stop loans or grants to struggling companies, as the Geka Manufacturing factory in Stanley is left facing closure and the loss of 130 jobs.

The company, which produces make-up brushes, has had its rescue plan rejected, and Kevan Jones has written to Business Secretary Vince Cable calling on him to end this ‘nonsense.’

Kevan said, “The company vitally needs a grant to secure 130 jobs in Stanley, but has had it frozen because of the nonsense that is going on. There is clearly a need to end this uncertainty.”