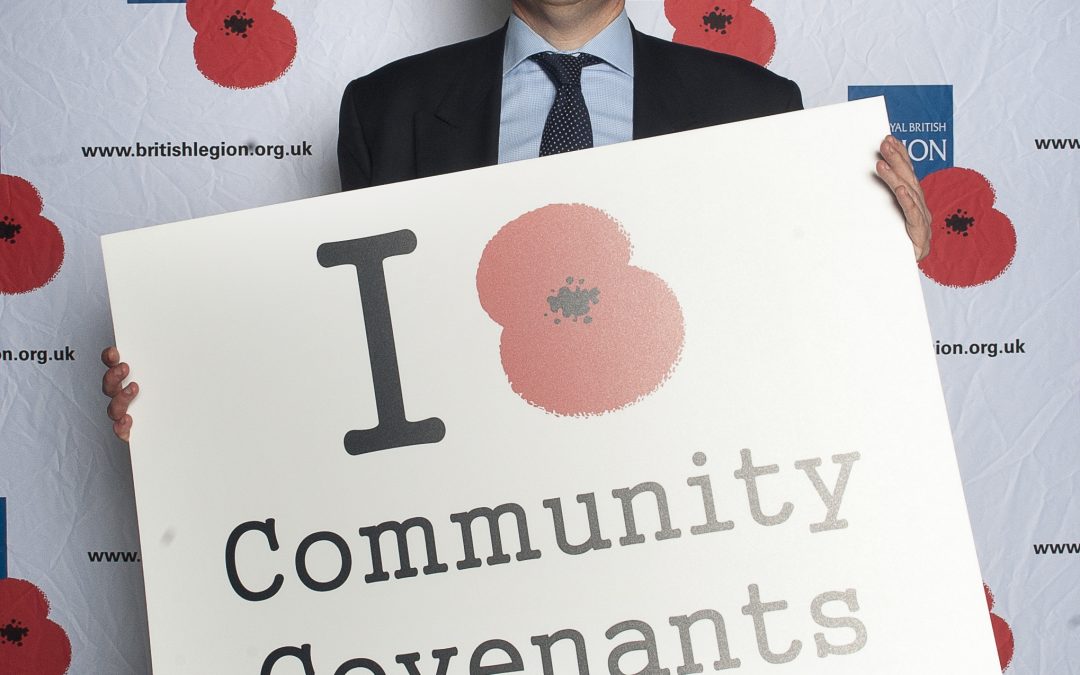 Kevan Jones, Member of Parliament for North Durham, has attended an event at the House of Commons to promote the creation of Community Covenants across the United Kingdom. Organised by The Royal British Legion, the event highlighted the importance of local communities getting behind the Armed Forces community in their own area and honouring the principles of the Armed Forces Covenant in practice on the ground.

Launched by the Government in 2011 following a successful campaign by the Legion, the Community Covenant scheme is helping to transform the relationship between local communities and serving and reservist Armed Forces personnel, veterans and their families, for the benefit of both communities.

The Legion is encouraging local authorities to sign a Community Covenant as their own unique commitment to develop mutual understanding, meet the needs of the Armed Forces community and identify opportunities for closer working in their area. More than 50 Community Covenants have been signed so far, and another 50 are in the pipeline.

The Legion campaigned successfully for the principles of the Armed Forces Covenant to be written into law. The principles recognise the unique nature of Service and state that no disadvantage should arise from it, such as in accessing public services, and that special treatment should be allowed where justified.

Chris Simpkins, the Legion’s Director General said, “Community Covenants provide an excellent opportunity to honour the Armed Forces Covenant and really bring its principles to life at a local level.

“We’re delighted that a growing number of local authorities from across the political spectrum are engaging with their local Armed Forces communities, and charities such as the Legion, to show their support for our brave Service men and women and their families. We ask every local authority to ‘sign up’.

“We are very grateful to Kevan Jones for attending the Legion’s event and backing stronger local support for their Armed Forces community.”

Kevan Jones MP said, “I was pleased to show my support for The Royal British Legion and to back its call for local communities to strengthen ties with the Armed Forces community in their own area. Community Covenants are a fantastic way for local authorities and the wider community to show their support for our Armed Forces and their families. These Covenants are about securing real improvements in the welfare of Armed Forces personnel, veterans and their families in constituencies across the UK. I am pleased that so many local authorities are signing up. Now all of us need to ensure the commitments made really make a difference where it matters – on the ground.”