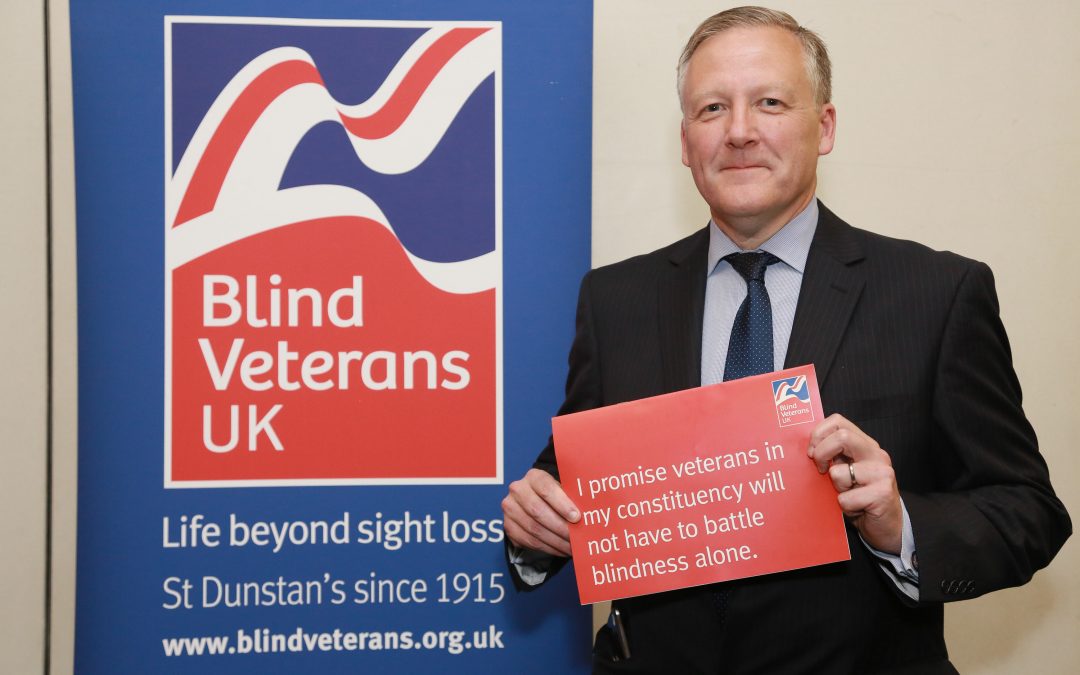 Kevan Jones MP has pledged to ensure that veterans in North Durham will not have to battle blindness alone at a special parliamentary reception on 2 September.

The event was held by Blind Veterans UK, the national charity for vision impaired ex-Service men and women, to raise awareness of the charity’s vital support and services, and to highlight its beneficiary recruitment campaign which seeks to reach more veterans who are eligible for its support.

Mr Jones joined some of the charity’s blind veterans along with approximately 30 MPs, including Dr Dan Poulter, Parliamentary Under-Secretary of State for Health, the Rt Hon Ed Balls MP, and Sir Bob Russell MP, along with representatives from the NHS and related charities, to meet a number of Blind Veterans UK beneficiaries and back the charity’s campaign.

Kevan Jones MP said: “The work Blind Veterans UK does is vital in supporting veterans in North Durham, as well as the whole of the UK. I am pleased to raise awareness of their vital services and to pledge my support to ensure that every veteran now experiencing severe sight loss in North Durham will not have to battle blindness alone.”

The charity’s No One Alone campaign is reaching out to the estimated 68,000 veterans with vision impairment in the UK who could be eligible for support but are not currently receiving it.

The event also saw the launch of Blind Veterans UK’s ‘Living the Pledge’ report which set out the current difficulties faced by the veterans’ community, and called on MP’s, local authorities and NHS healthcare professionals to improve referral pathways to the charity so that veterans are signposted to support as a matter of course, once they are diagnosed with severe sight loss.

Barry Porter, Blind Veterans UK’s Interim Chief Executive, said: “It is fantastic that so many MPs and key figures attended the event and have pledged their support to ensure that blind ex-Service men and women can enjoy a life beyond sight loss.

“This event is crucial in helping us spread the word about Blind Veterans UK’s vital work. We want every MP, health networks and local authorities in the UK to consider what can be done to improve the way veterans are referred to the charity, so that we can ensure every vision impaired veteran gets the support they need and deserve.”

If you are, or know of, a veteran with severe vision impairment and would like more information about Blind Veterans UK’s free, lifelong support visit www.noonealone.org.uk or call freephone 0800 389 7979.