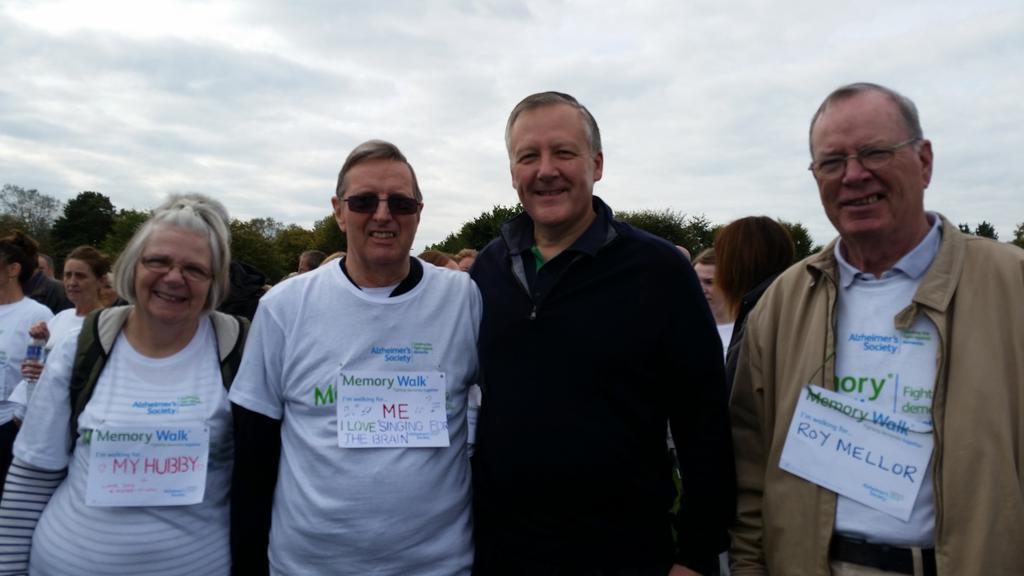 Memory Walk is Alzheimer’s Society’s flagship fundraising event, raising over £4 million since it began. Each September thousands of supporters take part in over 70 walks across England, Wales and Northern Ireland.

Kevan said, “I’m delighted to be officially opening and taking part in this year’s County Durham Memory Walk and I am very pleased that so many local people have signed up so far. There are 6,818 people living with dementia in County Durham and most of us know someone affected by the condition. It is essential that we continue to raise awareness and understanding of dementia and I encourage anyone living locally to join me and take part in Memory Walk.”