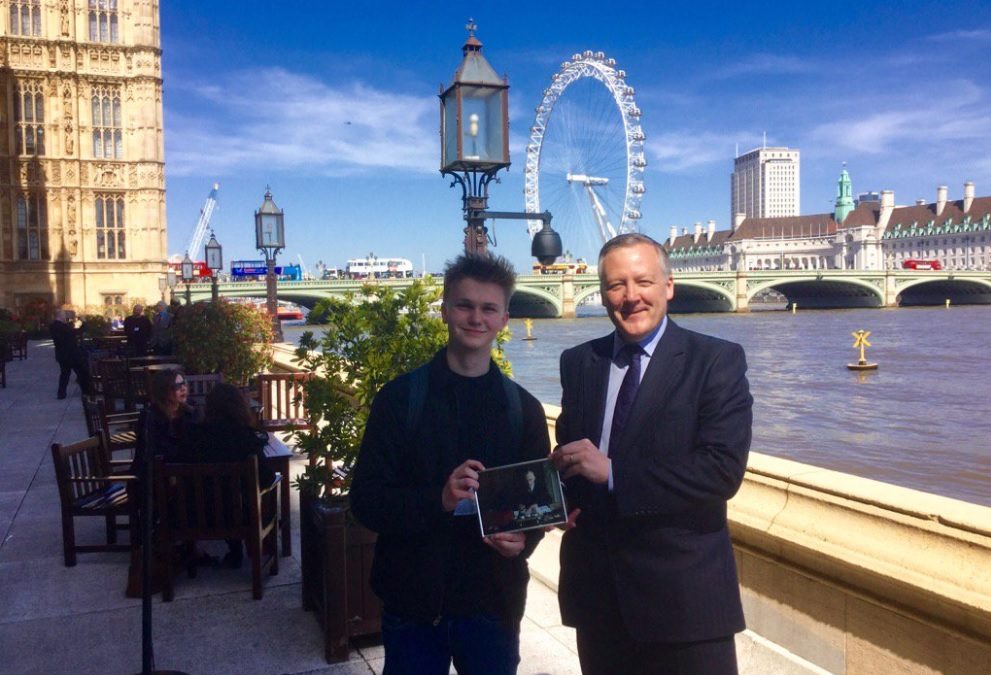 On Wednesday 20 April, Kevan met with Ioan Davies, great great grandson of Jack Lawson, the Member of Parliament for Chester Le street from 1919 to 1949 and Secretary of State for War during the Attlee government.

Kevan, whose North Durham constituency incorporates Lawson’s former seat, presented Ioan with a framed photograph of his great great grandfather during his visit to Parliament.

Kevan has been researching the life and career of former miner Lawson, who was also a minister in the 1924 first Labour government.