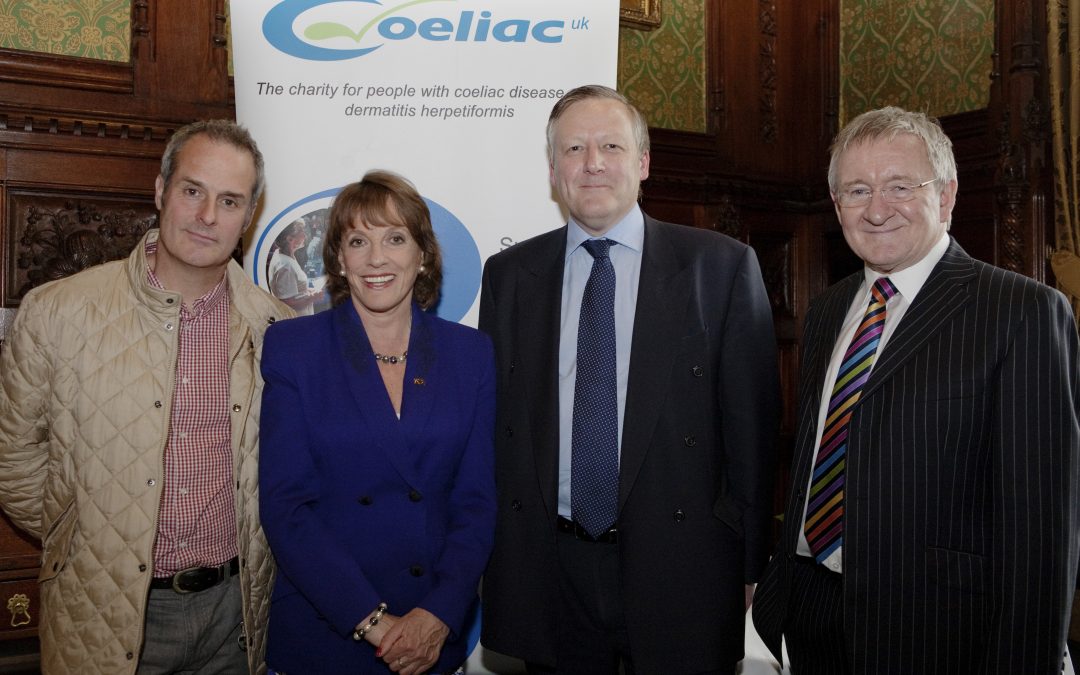 Kevan Jones, MP for North Durham joined celebrity TV GP, Dr Chris Steele MBE, the resident doctor on ITV’s This Morning, and chef, Phil Vickery at a reception in Parliament to support Coeliac UK’s campaign to improve the diagnosis and awareness of coeliac disease and the need to improve the availability of gluten-free food.

Coeliac disease affects 1 in 100 people in the UK and is a serious autoimmune disease in which the body’s immune system reacts to gluten found in wheat, barely and rye, making the body attack itself. If left undiagnosed, the disease can lead to infertility, multiple miscarriages, osteoporosis and bowel cancer.

Recent research has shown that patients have had to wait on average 13 years from first onset of symptoms to diagnosis and that only 10 – 15 percent of those affected have been diagnosed, leaving over 500,000 people in the UK currently undiagnosed and at risk.

Dr Chris Steele MBE, who has recently been diagnosed with coeliac disease himself, is the Health Ambassador for Coeliac UK and Phil Vickery is the charity’s Food Ambassador and author of two gluten-free cookbooks.

The reception, which was attended by MPs, Peers and supporters of the charity, including Esther Rantzen CBE, was held on Wednesday 18 May as part of Coeliac UK’s Awareness Week, The Gluten-free Challenge. The aim of the campaign is to promote understanding about coeliac disease and the need for increased gluten-free provision across the hospitality industry, asks the nation to try something gluten-free during the week.

Kevan Jones MP said: “I am supporting Coeliac UK, the national charity for people with coeliac disease and their campaign to improve the awareness and diagnosis of the condition and the increased provision of gluten-free food. For many of those diagnosed, eating out is a continuous challenge which affects their lives every day. This campaign aims to make eating out possible for all people with coeliac disease, to significantly improve their quality of life and create understanding of their condition.”

Gluten is a protein found in wheat, barley and rye, which is found in bread, pasta, pizza, cakes and beer etc. However, it is also often used in a wide range of products including mayonnaise, soy sauce, sauces, sausages and many processed goods.

Sarah Sleet, Chief Executive of Coeliac UK said: “Many people may have struggled for years to get diagnosed with coeliac disease and are then faced with a complete change in diet and lifestyle. For them it is not a matter of choice or a faddy diet, it is the only treatment for their condition and is essential for the rest of their life.”