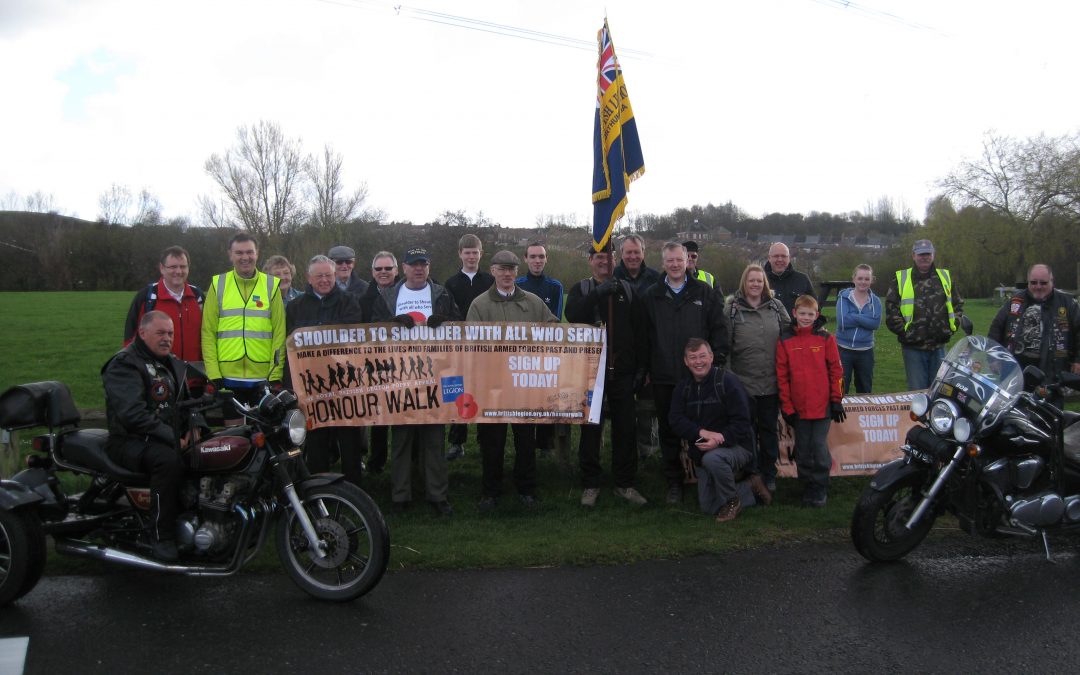 On Saturday 27 April, Kevan, along with parliamentary colleagues Ian Mearns and Phil Wilson and many others, joined David Bell, County Secretary of the Northumbrian branch of the RBL, for the final stage of his ‘Honour Walk.’

David has been walking the entire length of Hadrians Wall, in honour of those service personnel from the North East who have lost their lives in Iraq and Afghanistan, and is aiming to raise £10,000 for the Legion. Kevan joined him for the final twelve miles of his walk, from the Newburn Country Park to Wallsend.

Kevan said, “I was very pleased to be able to take part in the walk, which is for an excellent cause, and to support David on the final leg of his challenge.”