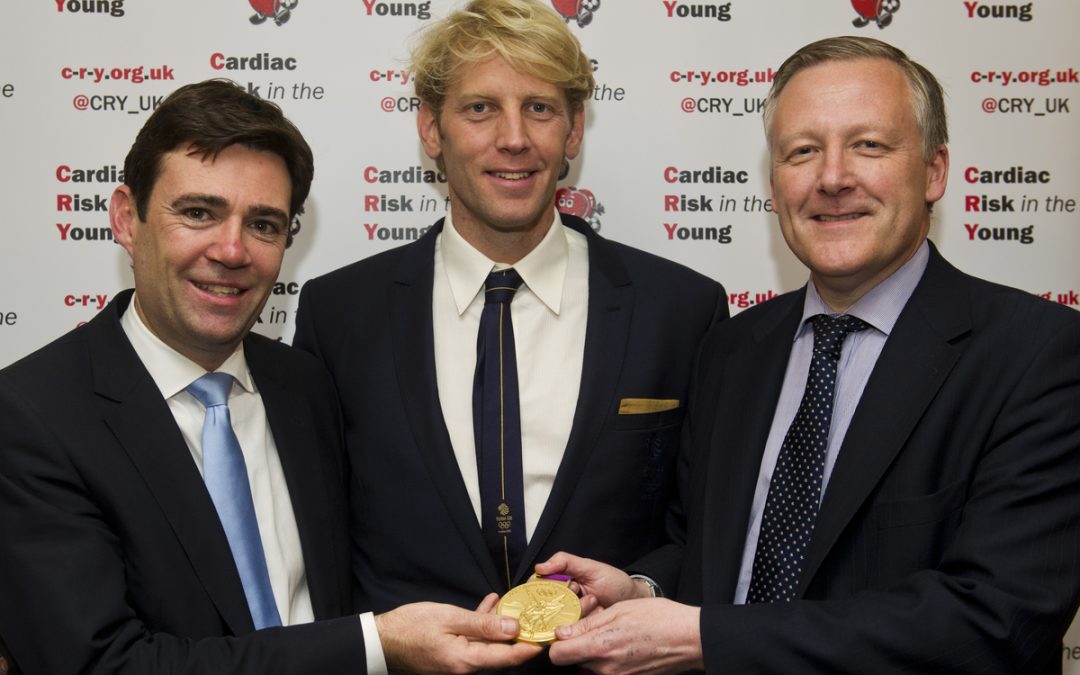 On 28 November, Kevan Jones MP joined the national charity, Cardiac Risk in the Young (CRY) at a high profile parliamentary reception. It highlighted the lack of expert support available for the hundreds of “brothers and sisters” across the UK who suffer the devastating experience of suddenly losing a sibling at a young age from an undiagnosed heart defect.

Both Kevan and Andy Burnham, Show Secretary of State for Health, are long term supporters of the charity following the sudden death young people in their constituencies.

One of the key speakers at the event was double Olympic Gold Medalist, rower Andrew Triggs-Hodge MBE (pictured) who spoke movingly about his connection to the charity having lost two close friends to young sudden cardiac death.

During the evening, CRY unveiled a new resource for bereaved young people, which has been compiled by CRY’s Chief Executive and Founder, Alison Cox MBE (who is also an experienced bereavement counsellor). The new book, “Sibling Grief”, features 10 personal ‘essays’ from men and women who recount their experience of suddenly losing a sibling.

Every week in the UK, 12 young (that is, aged 35 and under) people die suddenly from a previously undiagnosed heart condition. 80% of these young people have no signs or symptoms and so the only way to detect a potentially sinister cardiac abnormality is by having a CRY screening test.

Alison Cox, says; “I have supported bereaved families for over 17 years and the response we have had has generally been from parents, particularly from mums. However, siblings need to be given a “voice” too so that their own emotions can be heard and better understood. Their grief is very different from their parents but just as real and as raw.”

CRY regularly holds specialist Bereavement Support Days across the UK for families who have been affected by young sudden cardiac death – although those seeking support have usually been the parents, particularly mums.

CRY offers telephone support with trained bereavement counsellors, as well as holding national bereavement support events. The charity also provides emotional support through a network of volunteers who have also suffered the sudden death of a child, sibling or partner.

Kevan Jones MP concludes; “I was delighted to attend the launch of CRY’s new booklet and would like to congratulate the charity for the work it continues to do in supporting families who have been so tragically affected by young sudden cardiac death.”