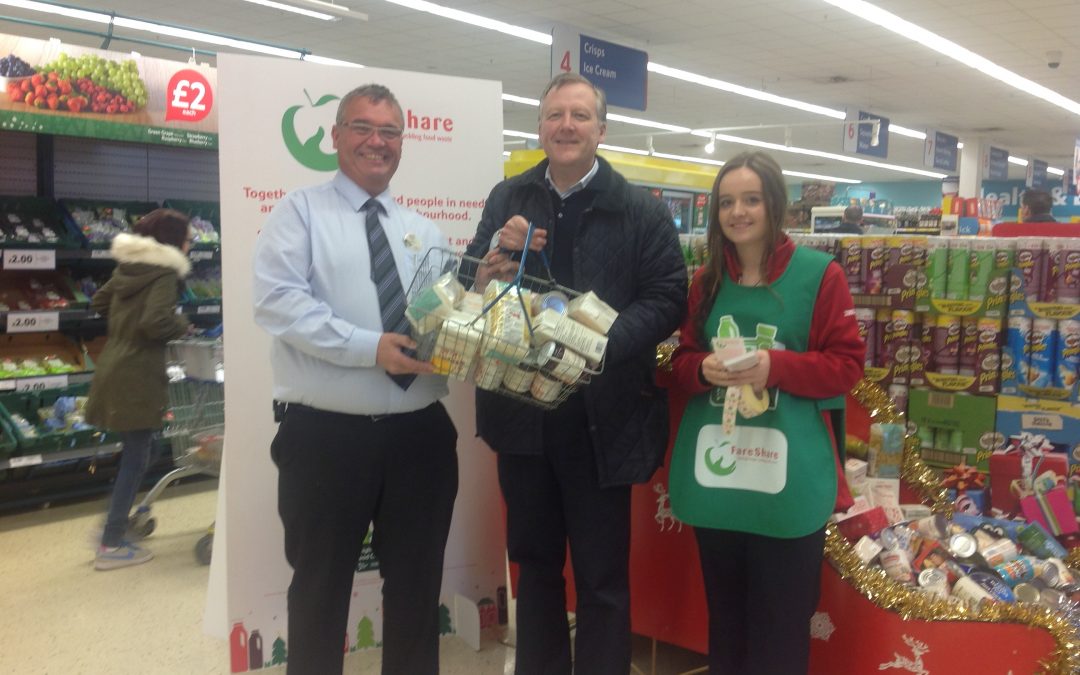 Customers at Tesco branches in North Durham were invited to donate food in store between Friday 29 November and Sunday 1 December, as the retailer again geared up to hold the biggest ever food collection in the UK.

Customers were given a special shopping list when they entered the store and were asked to pick up an item of food such as long-life milk, cereal, tinned foods, tea and coffee before donating it at the end of their shop.

The food will now be distributed to the local foodbank or FareShare depot before being given to people in times of need.

Stephen, store manager at Tesco Annfield Plain said, “In the run up to Christmas we wanted to do our bit to feed those in need and the volunteers we had in the store from the two charities were fantastic. Our customers were incredibly generous and I would like to thank them all for their support.”

The volunteers were also joined by Kevan Jones, MP for North Durham. Mr. Jones said, “I was very pleased to be able to join the volunteers running the food collection. By simply adding one or two basic extra items to their shopping baskets and then donating them to the collection, shoppers can help make a real difference to people in need at what can be a very difficult time of year.”