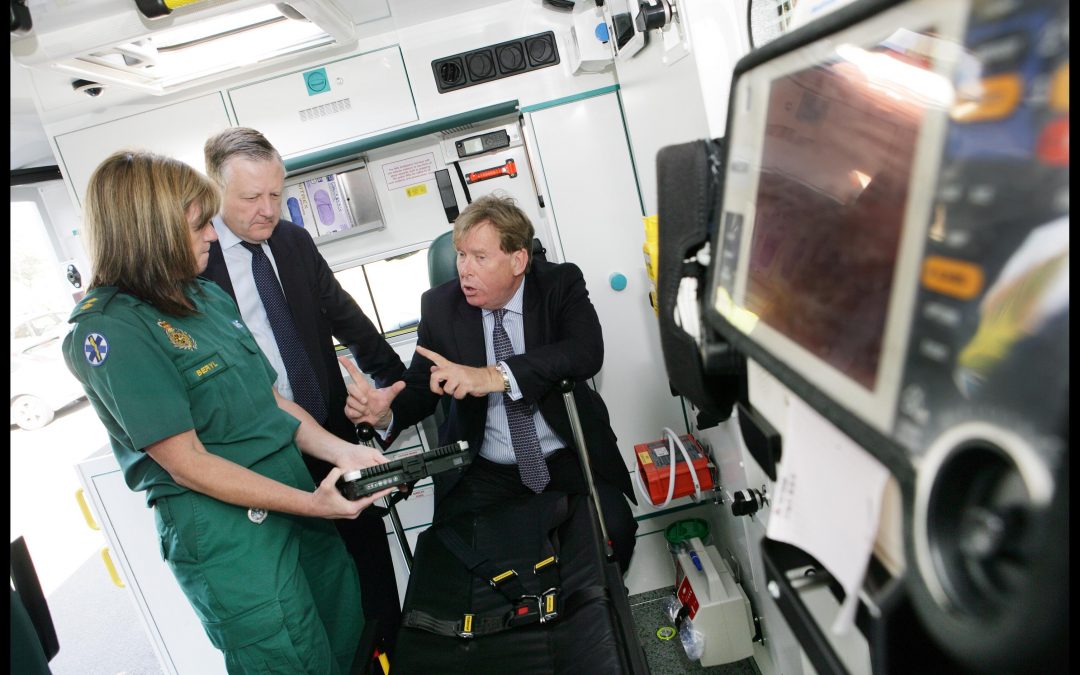 On 28 September, Health Minister Simon Burns visited the region, and Kevan Jones joined him on a visit to the North East Ambulance Service at Chester-le-Street, where they met staff before being shown a brand new ambulance. The vehicle itself costs in the region of £75,000 – but the equipment it carries takes the ambulance value to £130,000.

Mr Jones said: “I was struck by just how professional and knowledgeable our ambulance staff are. Paramedics clearly do a lot more than simply collect people and take them to hospital. They have extensive medical knowledge and administer treatments which can save lives.”

New equipment on board NEAS ambulances include electronic patient report forms – which allow paramedics to share information about a patient with hospitals and GPs en-route.

Mr Burns said: “The visit has been extremely worthwhile and the skill and knowledge of the ambulance personnel I met have impressed me greatly. The equipment and resources available to the North East Ambulance Service show they could cope in the event of an emergency.