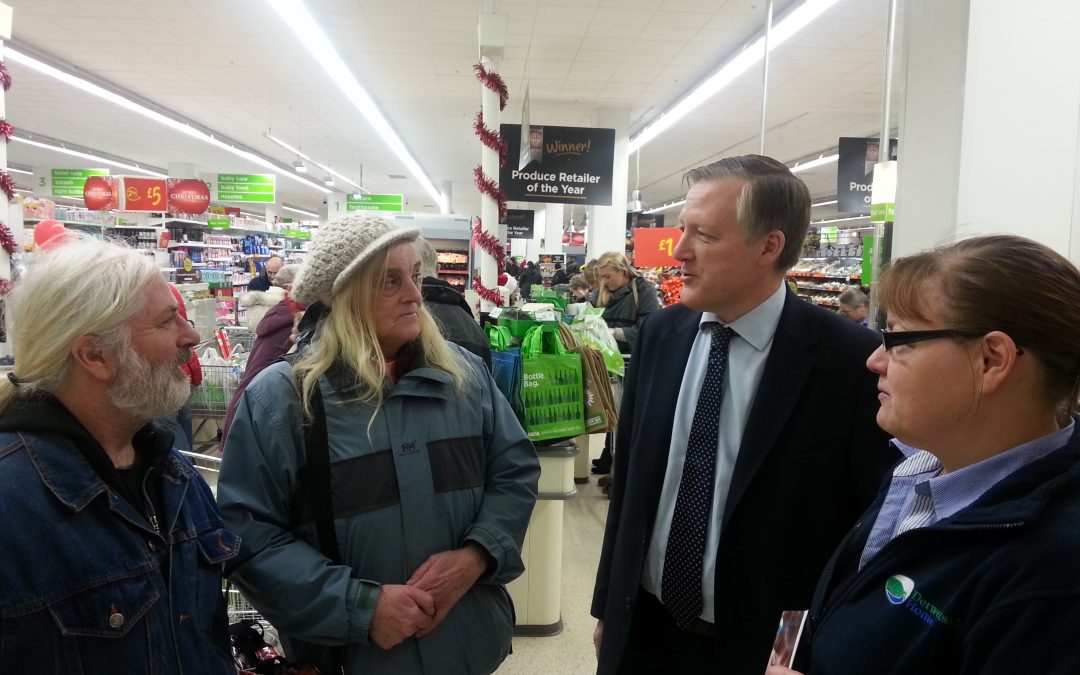 On Friday 7 December, Kevan Jones, Member of Parliament for North Durham, joined Gregg Peart and Michelle Dent from Derwentside Homes at ASDA in Stanley, to provide information and answer queries on the welfare changes coming into force in April.

Mr. Jones said, “The welfare reform changes coming into force in April 2013 will affect a large number of my constituents, and it is important that people know in advance exactly how they will be affected.

“Gregg and Michelle from Derwentside Homes really know their stuff about these changes, both in terms of Housing Benefit and more generally, so this should be a good opportunity to raise awareness about the reforms.”