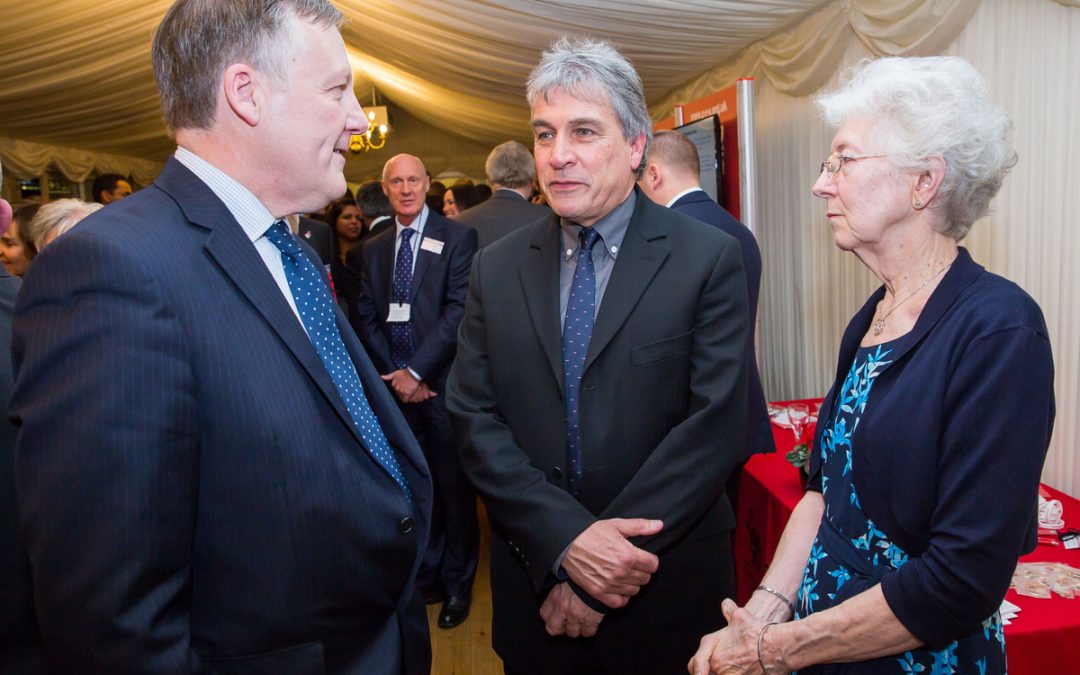 Kevan Jones, Member of Parliament for North Durham, joined representatives from the national charity, Cardiac Risk in the Young (CRY) at a high profile parliamentary reception on Wednesday 25 November 2015 as they called for an immediate review of the evidence behind the National Screening Committee’s recent decision not to recommend a cardiac screening programme for young people in the UK.

The long-awaited announcement (30 July 2015) upheld a recommendation “against screening for risk of sudden cardiac death”, citing it as “rare” and the risks, “tiny”. However, as part of this report, it is believed that the Committee had failed to acknowledge new, highly regarded, peer reviewed research, resulting in a gross underestimate of the number of young sudden cardiac deaths.

It is well documented – and supported by analysed data from the Office of National Statistics1 – that there are at least 12 young (that is, aged 35 and under) sudden cardiac deaths every week in the UK – a figure that many of the world’s leading cardiologists believe to be a conservative estimate.

A database was launched at the prestigious event at the House of Commons via the new website www.yscd.org.uk, allowing CRY to collate data supporting the “true scale” of young sudden cardiac deaths in the UK. The information gathered will also present the Government with a more accurate understanding of the number of deaths, as a foundation for a new National Strategy for the prevention of young sudden cardiac death (yscd).

Dr Steve Cox, Director of Screening and Research at CRY, says; “Last year alone CRY supported over 250 families – around 5 a week – after the tragedy of a young sudden cardiac deaths so it is simply incomprehensible for the Government’s report to even suggest there could be less than one death a week. UK policy advisors have ignored CRY data and research which shows a much higher figure than this. This is an incredible insult to bereaved families.

“We are now getting to a point where we feel that the only way to prevent government and policy advisors from disregarding our evidence is to confront them with the names of the young people who have died.”

“Statistics can be ignored, misunderstood, manipulated but it will be impossible for the Government to be dismissive when they see the names of the young people who are dying every day. Behind every statistic is a child, a family, a community… a tragedy”

In around 80% of cases of yscd, there will have been no signs, symptoms or warnings – underlining the vital role of screening. Indeed, CRY’s national screening programme now tests over 20,000 young people every year and it is estimated that one in 300 young people aged 35 and under who are tested by CRY are found to carry a potentially life threatening condition.

Alison Cox MBE, Chief Executive of CRY and who founded the charity 20 years ago in 1995 concludes: “Young sudden cardiac death is rare compared to cardiac deaths in the elderly and middle-aged but it is not rare compared to the other most common causes of death in young people e.g. road traffic accidents, suicides, accidental poisonings. Many medical professionals and policy advisors still incorrectly think a young sudden cardiac death is as rare as being killed by lightning – which is simply wrong. This thinking is outdated, dangerous if applied to medical decision making and should have no place in modern scientific reports or policy recommendations”

“If every family who has suffered a young sudden cardiac death could now go to www.yscd.org.uk, proving the Government must stop brushing this under the carpet”

Kevan Jones MP concludes; “I was pleased to attend the launch of CRY’s parliamentary reception and would like to congratulate the charity for the many awareness campaigns it has developed over the past 20 years to raise the profile of cardiac screening as part of its overall mission to prevent cases of young sudden cardiac death.”